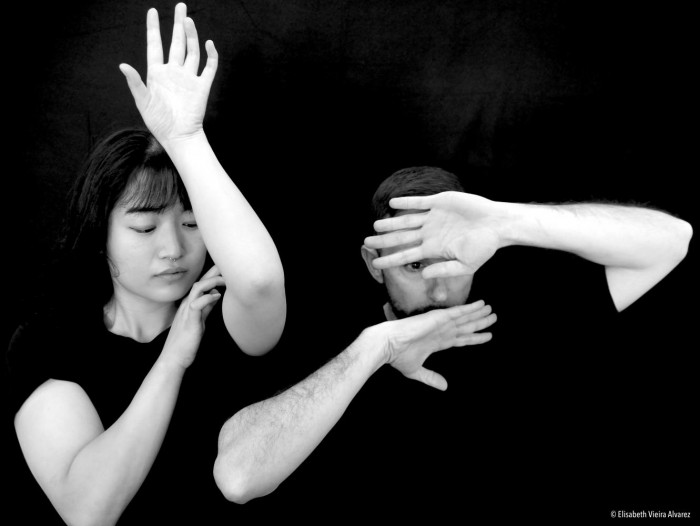 A dance of East and West

The Bangkok Center for Art and Culture hosts two sets of A Wave From A Distance, a contemporary dance performance that mixes East and West, in its 4th floor studio on Friday and Saturday at 7 p.m.

Featured by Bodybuilders | Rafael Alvarez, the show is inspired by The big wave off Kanawagaan iconic work by Japanese painter Hokusai which was created in 1830 and reproduced from the mid-1870s through a series of lithographs using the traditional Japanese printing technique known as ukiyo (literally, floating world).

It is a monochromatic performance of shadows, evocations and masks which the wave Hokusai allows to embody. It features two bodies navigating in silence for a fragile dance that is a wave and a tide of encounters and disagreements.

Near and far, the two divers discover themselves in an invisible dialogue of memories and stories that invade our imagination. A paper choreography is drawn from an open dance of the senses and dives into other readings — far and near, closer than far, East and West, on both sides of the ocean, going back to the surface a sea of ​​illusions.

In the darkness and in the light, only two elements, the body and the paper, reveal in their plasticity, their fragility and their impermanence, a symbolic, abstract and pictorial ritual immersed in East and West in a coexistence of readings and meaning, where less is Suite.

On the stage of an origami wave, a paper scenographic installation will be created by the Portuguese choreographer and dancer Rafael Alvarez and the Japanese-Portuguese dancer Noeli Kikuchi. This show premiered in Japan in 2017 and has been performed in Portugal, Egypt and Cape Verde.

Tickets cost 500 baht (350 baht for students). There will also be a contemporary dance workshop on “Wave Dance Lab” designed for all levels, on Saturday from 2 p.m. to 4 p.m., with a price of 300 baht per person.

A package including both a performance and a workshop is also available at 650 baht (500 baht for students).