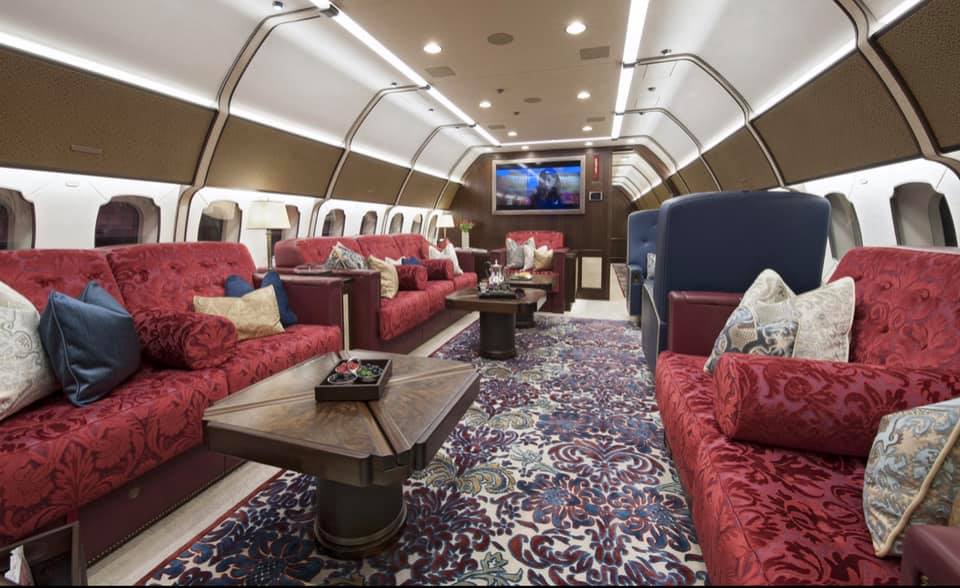 North Tongu MP Samuel Okudzeto Ablakwa is set to table another urgent matter in parliament demanding full disclosure of the cost of the president’s overseas travel.

Mr Ablakwa, in his latest statement, accuses the president of chartering a luxury jet that cost the taxpayer 3.7 million yen on his current trip to the United States.

In a Facebook post, the MP said the President “on his current trip to the United States of America has again chartered the same ultra-luxury plane that he has used for the UK and Germany “.

Speaking on Joy FM’s Newsnight On Tuesday, lawmakers said that “the fundamental objection to this luxury jet charter is that we have a working presidential jet. It is in immaculate condition, it has not reached the end of its lifespan.

Earlier today, Ablakwa responded to Jubilee House communications director Eugene Arhin’s claim that the president did not travel in a luxury plane during his trips to Germany and the Kingdom. -United.

In the social media post, the MP for North Tongu accused the president’s spokesperson of “peddling lies”, especially when he was unable to provide alternative facts.

“A presidential spokesperson should not desecrate what should be the sacred precinct of the seat of government in this Goebbelian way.

“I can confirm with authority, without a shadow of a doubt or any ambiguity for that matter, that President Akufo-Addo during his current trip to the United States of America has again chartered the same ultra-luxury aircraft. which he used for the UK and Germany – Luxembourg – a luxury jet registered LX-DIO and operated by Global Jet Luxembourg. Even Boeing 737-900ER BBJ3 with Manufacturer’s Serial Number (MSN) 62515 and line number 5659, ”the post read.

Meanwhile, the presidency declined to comment on the issue regarding the president’s trip as it is a matter of national security.

He did, however, confirm that Liberian President George Weah used the country’s presidential jet for the ECOWAS meeting here in Accra. This is granted on the basis of a request addressed to the office of the president.

Online video Myjoyonline.com spotted shows of the Falcon landing on the tarmac with the inscription “Republic of Ghana” as Liberian President George Weah in white clothes exits the presidential jet at Kotoka International Airport.

It’s bad enough to be stubborn and continue to show metastatic arrogance in treating the people of Ghana with blatant disrespect as you continue to dissipate taxpayer funds to charter ultra-luxury VIP jets at the expense of of our working presidential jet, but for god’s sake, don’t. add blatant lies.

President Akufo-Addo’s spokesperson Mr. Eugene Arhin looked Ghanaians in the eye from Jubilee House on September 7, 2021 and peddled naked untruths when he claimed the president did not use the Boeing 737-900ER BBJ3 operated by Global Jet Luxembourg and registered LX -DIO for its trips to the UK and Germany.

A presidential spokesperson should not desecrate what should be the sacred precinct of the seat of government in this Goebbelian way.

I can authoritatively confirm, without a shadow of a doubt or any ambiguity for that matter, that President Akufo-Addo, during his current trip to the United States of America, once again chartered the same aircraft. luxury jet which he used for the UK and Germany, the luxury jet registered LX-DIO and operated by Global Jet Luxembourg. Same Boeing 737-900ER BBJ3 with manufacturer serial number (MSN) 62515 and line number 5659.

The characteristics of the blue and white LX-DIO have not changed: 19-seat luxury jet which has a HEX code 4D0213 which is configured as VIP, has 2 CFMI engines and was delivered to current operators in November 2015.

As we now know, this luxury monster is equipped with several sections to ensure exceptional comfort. It offers a VIP lounge for relaxation, five-star dining rooms, a royal master bedroom, a cinema room specially designed for watching movies which is a separate accessory from other in-flight entertainment systems, and of course a shower. luxury.

Thus, Mr. Eugene Arhin will never accuse me of fabrications again, can I provide some additional details: the LX-DIO carrying President Akufo-Addo took off at 8:50 pm GMT from Accra on Friday, September 17, 2021; refueled at Lajes International Airport on the Azores Islands (North Atlantic) resumed flight at 04:00 GMT; it finally landed at William Hobby Airport in Houston at 7:00 am Houston time on September 18, 2021. Our flawless real-time tracking continues.

Rather intriguing, it seems other presidents have more faith in Ghana’s Presidential Jet than President Akufo-Addo. While President Akufo-Addo was engaged in his Arabian-King-style cruise on the LX-DIO at our expense, our presidential jet was used by Liberian President George Weah. Our surveillance reveals that President Weah landed at Roberts (Robertsfield) International Airport in Liberia aboard the Ghana Falcon at 10:00 GMT on September 18, 2021. It was the second time in the same week that the Liberian leader had used exclusively our presidential jet.

As the Ghanaian taxpayer is weighed down by the bills of the President’s insatiable and unreasonable appetite for obscene luxury, it is evident that the troubled taxpayer is further grappling with additional Presidential travel expenses of at least one more. President who fortunately discovered the availability of the Ghanaian Presidential Jet.

As President Akufo-Addo continues his intransigence and contempt for the Ghanaian people who had been misled into believing he was sincere when he promised to protect public funds, other African leaders give us a ray of hope and shame President Akufo-Addo. Namibian President Hage Gottfried Geingob continues to use the Namibian presidential jet for all his presidential trips. The jet known as NAM 001 (No link to NAM1) carried President Geingob to the United States last Saturday. Interestingly, Namibia has a similar presidential jet – a Falcon 900B which is much older than ours. The Namibian jet was purchased in 1991. A good 19 years before the arrival of our Falcon in Ghana and yet President Geingob trusts it unlike his Ghanaian counterpart. (See last slide for image of NAM 001)

Another ray of inspiration from the continent is the new President of Zambia, Hakainde Hichilema, who has insisted on making commercial flights via Qatar Airways to the United Nations General Assembly and he has done so impressively with a reduced delegation of three people.

These African presidents show President Akufo-Addo how the public treasury is protected.

A cumulative sum of President Akufo-Addo’s three recent luxury trips abroad imposes a colossal GHS 10 million on the suffering Ghanaian taxpayer. Think about what GHS10million can do in the struggling healthcare sector or the lame education sector of our beloved nation.

Just imagine for a second if President Mahama had engaged in this indiscriminate waste just to satisfy his creature comforts when there was a functioning presidential jet in perfect condition and what would have happened to him!

President Akufo-Addo only recently courageously launched a campaign targeting Ghanaian professionals accusing them of not paying taxes; the question is, even if some Ghanaian professionals do not pay their fair share of taxes, why should they be motivated to do anything else when the president laughs at all he wastes in his vulgar extravagance?

One thing is certain: the relentless pursuit of full accountability when Parliament takes over. We must stop this debauchery!