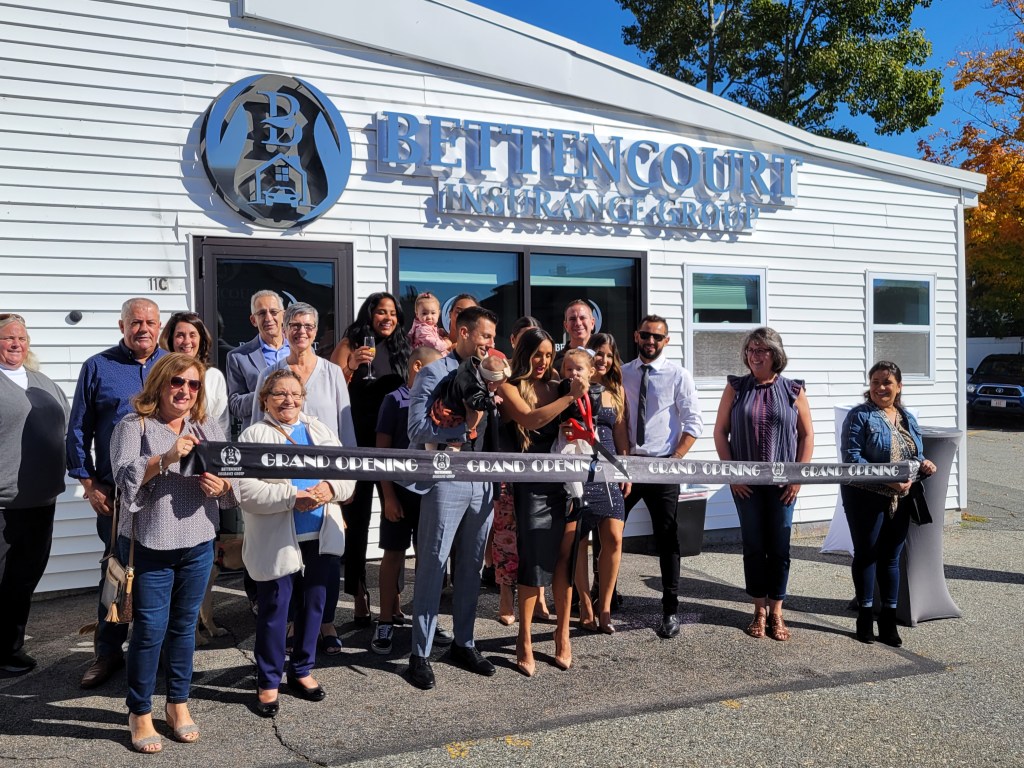 “From 2015 to 2017, I was the top producer in Massachusetts and New Hampshire,” says Bettencourt. “I’ve won so many awards and trips.”

During her eight years in the insurance industry, she rose through the ranks to the highest echelon. There was only one step left and she took it.

On October 1, Bettencourt opened the Bettencourt Insurance Group at 11 Broadway Road, Suite C, in Dracut. On October 15, Dracut Economic Development helped celebrate its accomplishment by hosting a ribbon-cutting ceremony at the agency’s inauguration.

“I created the agency from scratch,” says Bettencourt.

She left the business for a while to have two children with husband Jason – daughters Giana, who will be 2 in December, and Ivana, 5 months. But she couldn’t pass up the opportunity to open her own agency, and she found the spot on Broadway, located in the same building as Tony & Ann’s Pizza and In Style Nails.

“I was looking for a place near Lowell, and this place is perfect,” she says.

Originally from the Azores in Portugal, Bettencourt and his family live in Methuen. Her aunt, Dalila Melo, recently opened another business in Dracut, Everybody’s Sports Bar on Textile Avenue. She wouldn’t hesitate to tell other family members about the ease of opening a business in Dracut.

“It was so easy to work with the city,” says Bettencourt.