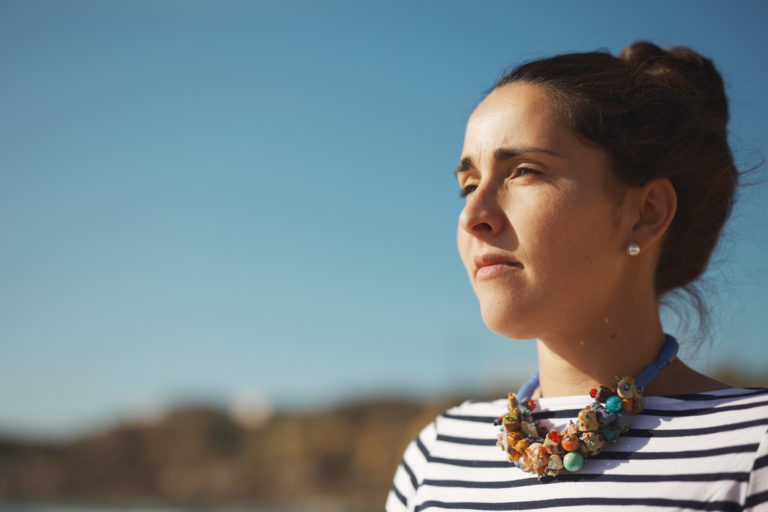 Conservation biologist Estrela Matilde has won the 2022 Whitley Prize for her work saving sea turtles on the island of Príncipe in the Gulf of Guinea in Africa.

The awards, often referred to as the “Green Oscars”, are presented annually by UK charity Whitley Fund for Nature, which recognizes conservationists around the world who come up with innovative solutions to the biodiversity crisis.

Matilde, although her NGO Fundação Príncipe, based in Príncipe – the smaller of the two islands that make up the small nation of São Tomé and Príncipe – has been working since 2015 to conserve the island’s biodiversity by working with the local community to develop alternative livelihoods that reduce pressure on resources and protect wildlife.

Recently, his attention has turned to documenting and tackling plastic pollution, after a conservation initiative that put cameras on sea turtles revealed just how plastic marine life Príncipe encounters.

The whole island of Príncipe is one massive volcano, home to lush rainforest and some of the richest biodiversity in Africa. Its remoteness and volcanic origins have resulted in some of the highest levels of endemism ever seen on Earth, including over 40 unique animal species.

With 64 staff members, Fundação Príncipe implements land and sea conservation projects. Six years ago, the Fundação Príncipe launched its sea turtle conservation project. The island is an important nesting site for sea turtles, with three of the world’s seven species of sea turtles laying their eggs on the beaches here. With turtles being part of the island’s traditional cuisine, hunting for food as well as more organized poaching had led to a decline in turtle populations.

Matilde and her foundation decided to change that.

“We hired former poachers as monitors protecting the nesting beaches while we worked to change the mindset of the community,” Matilde told Mongabay in a phone interview. “We taught them that a turtle is worth more alive than dead, because many tourists come to the island to watch the turtles.”

With a legal ban on the consumption and sale of turtle meat, Matilde and her team report reaching near-zero poaching rates, increasing nest counts by 43% since the 2015-16 breeding season, and doubling the number of newborns released in 130,000.

But when Matilde experimented with new technology, tagging female turtles with video cameras to observe their behavior, she was surprised.

“Videos recorded by tagged turtles had more plastic debris than other turtles, with plastic appearing in almost a third of all footage,” she said.

Through ingestion, entanglement and degradation of the marine environment on which wildlife and local people depend, plastic litter poses an urgent threat to turtles and other marine life.

Matilde soon launched another conservation project aimed at solving the plastic problem, starting a program in which community members collect washed plastic bottles for her NGO, where women-run businesses turn plastics into trinkets. for tourists.

“We were able to collect 750,000 plastic bottles. But we quickly realized that a significant amount of these bottles were not coming from the island but rather being washed ashore from other places,” Matilde said.

Matilde, who applied for the Whitley Prize to expand these efforts, was accepted after a global call for applications and a rigorous process involving a jury of experts. On April 27, she received her award at the Royal Geographical Society in London.

“Estrela is an inspirational leader, empowering the people of Príncipe to embrace environmental and social change,” said Danni Parks, director of the Whitley Fund for Nature, in a press release. “His two-pronged approach to tackling this wave of plastic pollution will ensure that improvements are made across the board, with fair and grassroots recycling businesses backed by policy reform.”

With the Whitley Prize of 40,000 pounds ($50,000), Matilde will track plastic bottles fitted with GPS transmitters to determine where plastic waste comes from and how it moves and accumulates on Príncipe’s beaches. She aims to use the data to spark a political response and hopefully halve the number of plastic bottles reaching the island. It also plans to double the number of waste-based businesses, aiming to use 20% of stranded plastics.

Other Whitley Award winners include Micaela Camino for empowering communities to defend their human rights and conserve Argentina’s Dry Chaco; Sonam Lama for mutually beneficial conservation for humans and red pandas in the Himalayas of Nepal; Dedy Yansyah for the conservation of Sumatran rhinos in the Leuser ecosystem in Indonesia; Emmanuel Amoah for safeguarding the last stronghold of the West African slender-snouted crocodile in Ghana; and Pablo Hoffmann for maintaining the diversity of wild plants in the Araucaria forest in Brazil.

The Whitley Gold Award, worth £100,000, has been awarded to snow leopard expert Charudutt Mishra in India for his groundbreaking work over more than 25 years. Mishra, through her NGO, has worked in all 12 big cat countries, pioneering a community-led approach to conservation.

Banner image: Estrela Matilde has been working since 2015 to conserve the biodiversity of Príncipe by working with the local community. Image courtesy of Fundação Príncipe and Yves Rocher.

Correction: This article was edited to note that while five species of sea turtle use Príncipe’s waters, only three species nest on its beaches, and to clarify that Matilde’s NGO does not buy plastic from collectors.

Worlds collide: A Brockport student’s message in a bottle washes up on the Bahamas coast a decade later | WIVT