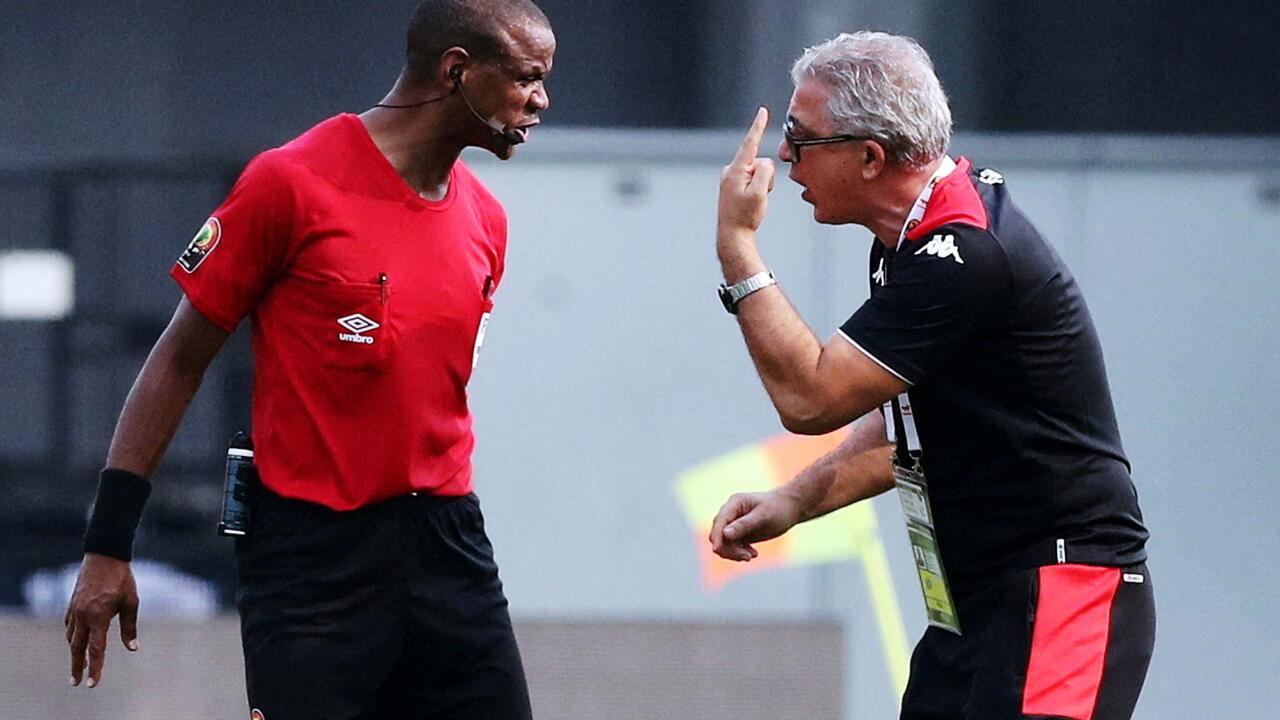 The Africa Cup of Nations became a farce on Wednesday as Mali beat Tunisia 1-0 in a game that was prematurely interrupted by the referee, who then tried to restart the game only for the Tunisians to refuse to take back the field.

Experienced Zambian official Janny Sikazwe, who took charge of the 2017 Nations Cup final, first sounded for the final whistle in the 85th minute as he got his timing wrong at Limbe.

But after playing, he repeated the mistake when he blew full time, again before the clock hit 90 minutes.

Tunisia were furious and officials stormed onto the pitch in protest, but the man of the match trophy was handed over and post-match press conferences were in full swing before Confederation officials African Football Association (CAF) decide that an additional four minutes should be played.

Mali returned to the pitch 40 minutes after the controversy began, but Tunisia refused to continue and Sikazwe ended the match for the third time.

“The players took an ice bath for 35 minutes before being called up again,” Tunisia coach Mondher Kebaier told reporters.

“I’ve been a coach for a long time, I’ve never seen anything like it.”

The match was also marked by two penalties as Malian striker Ibrahima Kone converted his attempt, but Tunisian Wahbi Khazri was unable to follow suit as his effort was saved by goalkeeper Ibrahima Mounkoro 13 minutes from the end.

Sikazwe sent off Malian striker El Bilal Touré as he was a bit late for a challenge in what appeared to be a difficult decision.

Beginners, The Gambia joined Mali at the top of Group F after winning their first game in the finals, edging Mauritania 1-0.

The second double-headed match at Limbé started 45 minutes behind due to the previous prank, but the delay did not stop Gambia, who took the lead after 10 minutes when Ablie Jallow scored from the edge of the penalty area.

Gambia could have won by more goals but were denied by the sharp goalkeeper Babacar Diop.

Also on Wednesday, Côte d’Ivoire beat Equatorial Guinea as expected in Douala, but by just one goal.

Captain Max-Alain Gradel scored in the sixth minute, increasing the number of quality long-distance shots into the net during the tournament.

On Thursday, hosts Cameroon can advance to the round of 16 if they beat Ethiopia in Yaoundé, followed by Burkina Faso against the Cape Verde Islands at Olembe Stadium.