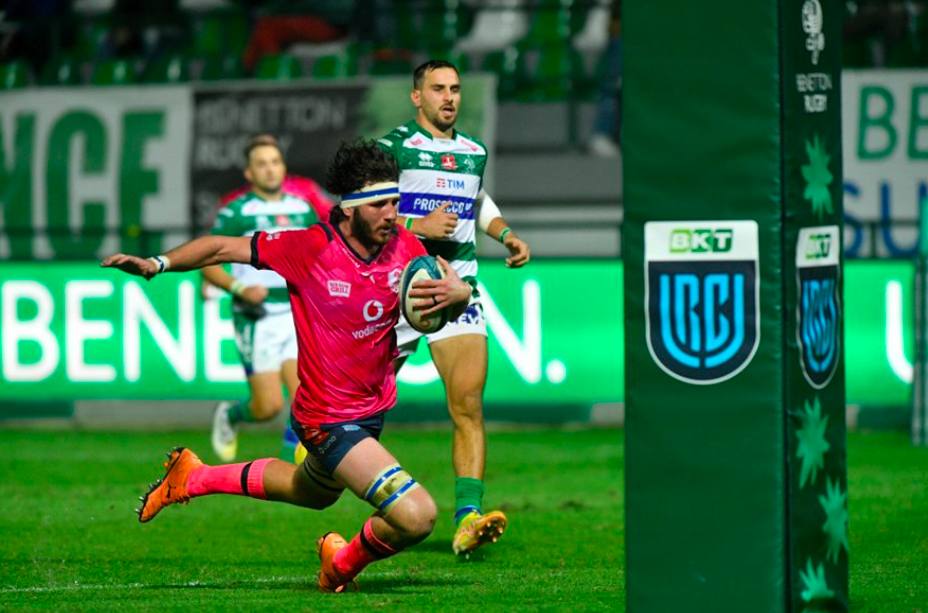 The Vodacom Bulls scored 41 points after the break to earn a bonus points win over Benetton in the Vodacom United Rugby Championship match at Treviso on Friday night.

A lackluster first half sent the Bulls into the sheds behind Benetton 9-3 at the break, but the prospect of a winless tour saw the visitors rushing onto the pitch for the second half where they scored five tries to beat the Italians 44-22.

Benetton No 10 Tomas Albornoz’s boot proved to be the difference in a tight but austere first half as he netted three penalties past Bulls counterpart Chris Smith, securing a 9-3 lead at the half time.

The Bulls were a different team after the break, with a Smith penalty signaling the start of an impressive attack that culminated in converted tries from lock Ruan Nortje and No.8 Elrigh Louw propelling the visitors into a 20- 12 to 30 minutes from the end.

Benetton were determined to stay in the fight, hitting back with a converted try from flanker Manuel Zuliani and another penalty from Albornoz put the hosts ahead 22-20 at the end of the third quarter,

But Smith shattered Benetton’s resolve when he opened the final quarter with a penalty to reclaim a one-point advantage for the tourists. There followed three quick tries from substitute hooker Jan-Hendrik Wessels, skipper Marcell Coetzee and substitute winger Stravino Jacobs.

All of those tries were converted unanswered by the legendary Morne Steyn who took over from Smith and propelled the visitors into good positions where they beat Benetton as the Bulls broke a two-game drop to move to 4-2 this season.

Then the Bulls return to Loftus Versfeld to host the Sharks in Round 7, though they are sweating the injury report for No. 8 Elrigh Louw who was carried off the field by his teammates with a stuck right ankle.

Defending the rule of law at home and crime abroad, By Owei Lakemfa