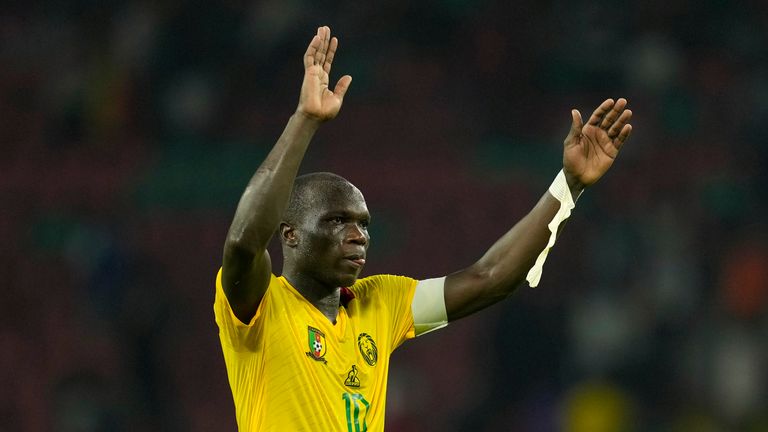 Cameroon surrendered a first-half lead to draw 1-1 with the Cape Verde Islands, but the hosts still finished top of Group A of the Africa Cup of Nations.

Captain Vincent Aboubakar scored his fifth goal of the tournament to put Cameroon ahead in the 39th minute, before half-time substitute Garry Rodrigues equalized in the 53rd minute.

Rodrigues’ daring move saw Cape Verde finish with four points in third place in the standings. They are likely to advance as one of the top four thirds.

Rodrigues had been a surprise omission from the starting line-up but highlighted his ability shortly after arriving.

Aboubakar’s left-footed shot after a failed Cape Verdean clearance followed his brace in each of the opening two matches.

But Cameroon were unable to complete the group stage with three wins, which had been their ambition.

“He was a difficult opponent who made it difficult for us,” Aboubakar said after the match.

“It was tough to win even though we wanted to finish with a 100% record. But we mustn’t be negative about it because we got through.”

Aboubakar also missed a close chance in the second half, but overall Cameroon had limited chances in the game at Olembe Stadium.

Burkina Faso finished second, also with four points, after a 1-1 draw with Ethiopia in the other Group A game

As the winners of Group A, Cameroon will face the best third team in Group C, D or E at 7 p.m. on January 24.

Everything remains to be decided in Transatlantic Race >> Scuttlebutt Sailing News