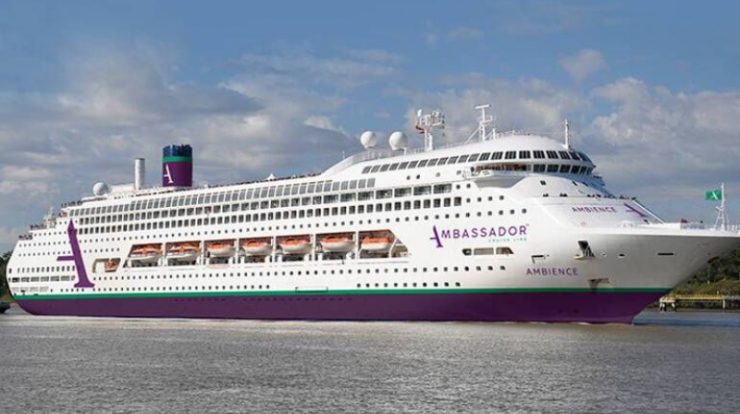 The British company’s first flight is due to start on the 20th of this month between European ports. The archipelago would be a place to stop during the winter months.

Ambassador Cruise Line has been a new dedicated cruise line for over 50 years and is the first UK line to launch since 2010. The company based in Purfleet, Essex, UK, backed by private company Njord Partners LLP, based in London, will make its maiden voyage on the 20th, at the Port of Hamburg, Germany.

According to information published on the company’s website, another 31 flights will follow, connecting more than 90 different ports, including the capitals of the Baltics, Greenland, Iceland and the Arctic, before sailing to Scandinavia, the Canary Islands, Cuba and the Caribbean. . Cape Verde in winter. The Ambassador will work with the 1,400-passenger cruise ship Ambience.

Ambience, 245 meters long and 32 meters wide, was born in 1991 as Regal Princess before joining the P&O Australia fleet and sailing as Pacific Dawn. Now it has been completely refurbished with new technologies to reduce atmospheric emissions to comply with IMO Tier III regulations, as well as equipped with advanced ballast and waste water treatment systems, allowing you to sail even in protected ecosystems .

The story of the former Venezuelan flag carrier VIASA