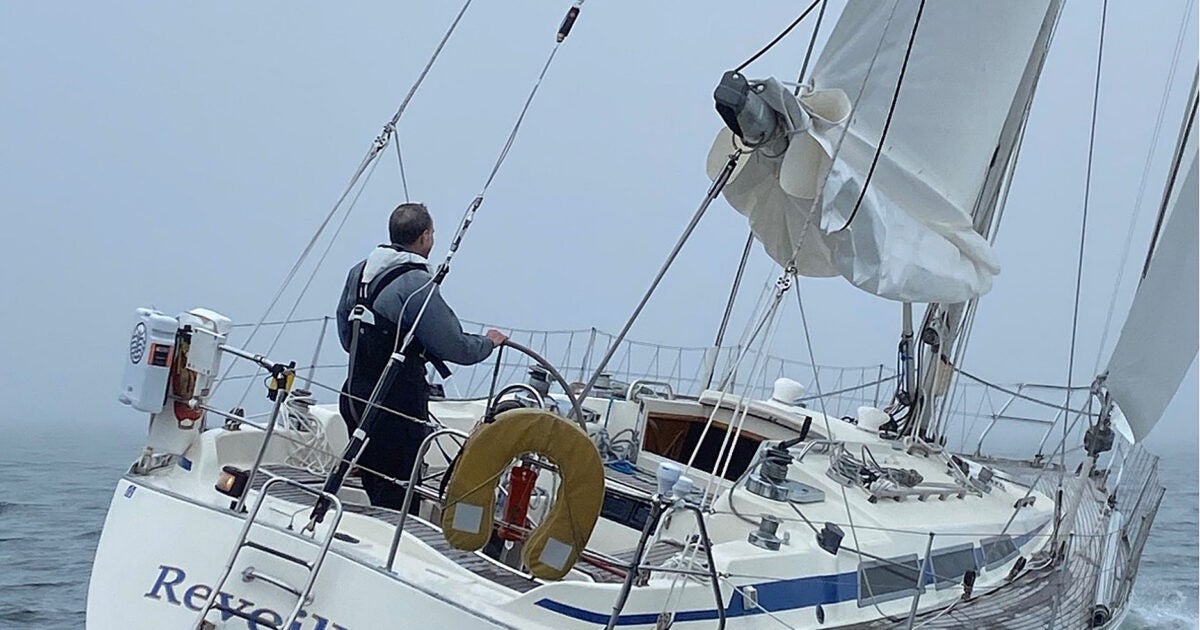 Later that year, they found the Reveille, a 1985 Sigma 41, one of an older generation of racer-cruisers, hybrid boats with sufficient speed for racing, but whose design also made them comfortable for occasional cruising. They fell in love and, the following February, welcomed Revival into the family.

Unsurprisingly, the return to ownership of the boat gave their life as a sailor a boost. In 2005, Hammitt went on sabbatical, making an appointment at the Toulouse School of Economics in France. The couple decided to cross the Atlantic on the Reveille with their sons, then aged 14 and 16. To prepare the boat, the family sailed the Reveille during the 2004 Newport-Bermuda race. The Atlantic crossing lasted 12 days to the Azores and seven more to Gibraltar. They sailed to Morocco, Spain and the Balearic Islands before heading to Toulouse for the academic year. Over the next few years, they traveled between Boston and the Mediterranean to Turkey, spending summers aboard the Reveille and returning for the school year.

During his decades at the helm, Hammitt has spent many months, if not years, at sea. And, while competition adds spice to the effort, he says it’s not navigating the complexities. of sailing or the conquest of its dangers which brings it back to the open sea. Instead, it’s the immersive nature of life there, its simplicity and beauty.

“Being at sea is a truly pure life form,” said Hammitt. “All you care about are the basics: sleep, eat, take care of yourself, take care of the boat, make sure everything is working and be totally aware of the weather. “

Paulling, Hammitt’s team mate for the second stage, arrived a few days before the start of the race. The forecast indicated that the weather would not be so good on the return trip. Indeed, shortly after their departure, they were hit by a squall with gusts of nearly 45 miles per hour. The Reveille was knocked down – her mast almost in the water – which sent Paulling, off watch and below, rushing onto the deck to help control the boat.

Neither man was too concerned with the episode. In fact, while some might think it’s best to avoid storms, in Hammitt squalls represent a chance to take advantage of faster winds.

“Being at sea is a truly pure form of life. All that matters to you are the basics: sleep, eat, take care of yourself, take care of the boat, make sure everything is working and be totally aware of the weather.

“A gust is going counterclockwise – it’s a low pressure system – and you’ll have different wind directions depending on where you are,” Hammitt said. “On the one hand, it reinforces the prevailing winds and on the other, it counteracts the prevailing winds. You want to be on the side to strengthen it.

As the Gulf Stream approached, the weather deteriorated again, with lightning, high winds and torrential rains, followed by several hours of light air. The payoff, however, was that the current was pushing them in the right direction. As they neared the finish line, they saw a flock of birds with what was likely a feeding whale, Paulling said. A little while later, they spotted a second flock and saw tunas leaping out of the water nearby. With the wind at their back for the first time, they set up the large blue and white spinnaker of Le Reveille, in the shape of a parachute.

“It got us through the whole day,” Paulling said. “It was just a beautiful day of sailing.

They arrived in Newport just under five days after the start, finishing second on the stage but doing well enough for first place overall.

“Some of these guys have done this a few times, and here is this guy with this older boat, and nobody knows him,” Paulling said. “He hasn’t raced in years and his reputation as a runner is not very well known on the East Coast. He took first place and I was like, “I hope we do well to save him, prove it was not a fluke.” I think we did.

Sign up for daily emails to get the latest Harvard news.

Musa in the running for the 100th selection, Ughelumba called for the first time