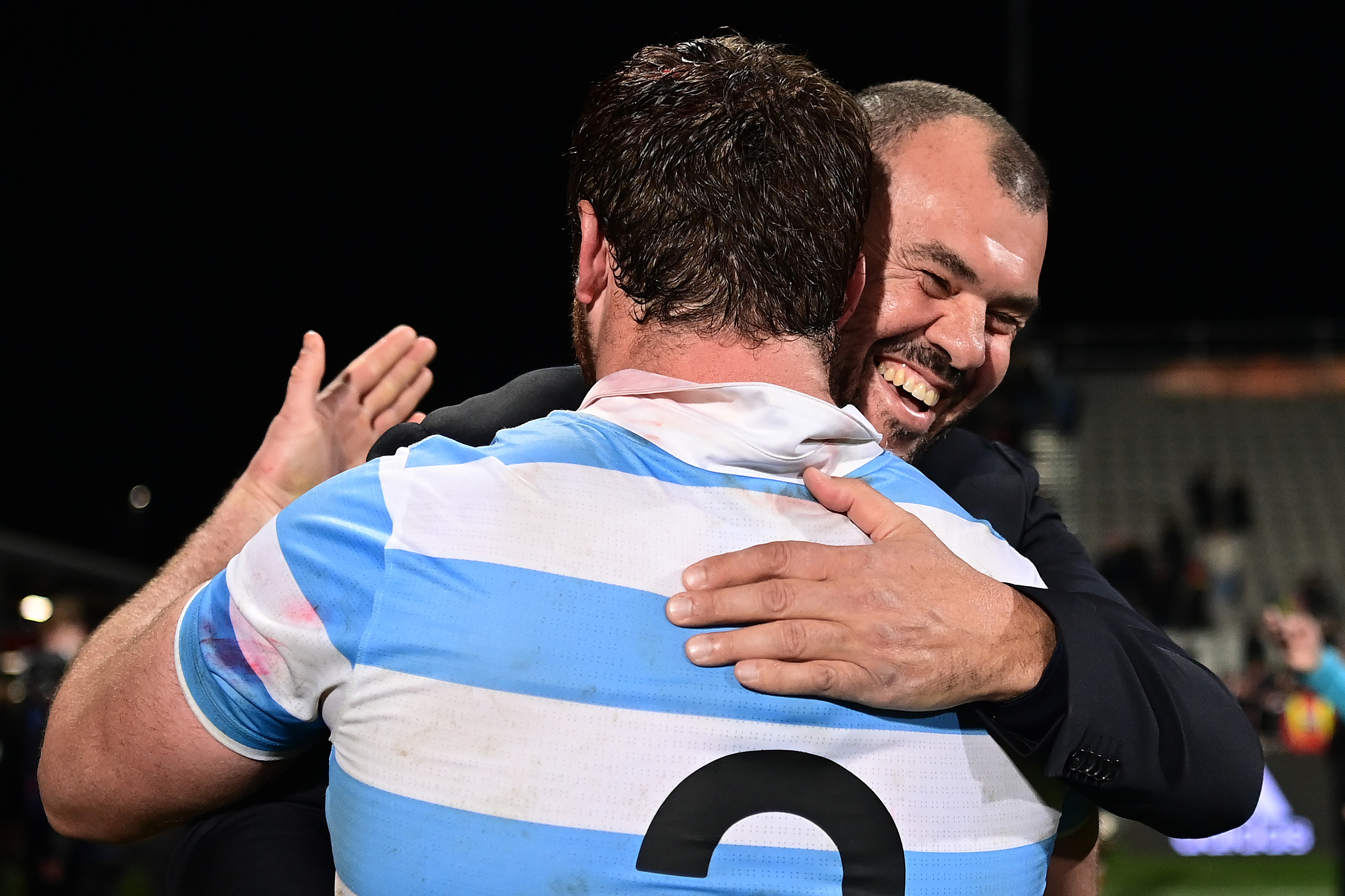 Cheika mocks his favorite tag against the All Blacks

Michael Cheika has laughed off suggestions that the in-form Argentina would be favorites to secure another victory against New Zealand at this weekend’s Rugby Championship Test in Hamilton.

Pumas top the half-term table after Saturday’s 25-18 loss to the struggling All Blacks in Christchurch.

TEAM: Under-fire Foster sticks with the All Blacks

The result follows their 48-17 record against Australia in San Juan and left them on the hunt for three consecutive Rugby Championship wins for the first time.

But Cheika said he could not accept any suggestion that the visitors would be favorites this Saturday against a New Zealand side which have fallen to six defeats in their last eight Tests.

“I know you like to manipulate history, but we’re about as neglected as you are. You win once, then no one expects you to win again.

“There’s absolutely no benefit to any of us thinking about something like that.”

However, when reminded that Ireland had won back-to-back games in New Zealand five weeks ago to clinch a first series win, Cheika acknowledged the feat “gives us some hope”.

Cheika unveiled a squad with four changes, including a demotion to the substitutes’ bench for flank Juan Martin Gonzalez, who was Argentina’s only try scorer in Christchurch.

His place goes to Santiago Grondona, while another change in the attacking group has blocked Guido Petti as a replacement for Matias Alemmano.

Emiliano Boffelli is on the right wing, leaving him as the only Pumas player to start his seven Tests this year.

MORE: The benefit of Pollard’s absence

There is a place on the bench for Castres fly-half Benjamin Urdapilleta, who hasn’t played since suffering a leg injury early in the club’s Top 14 defeat to Montpellier in June.