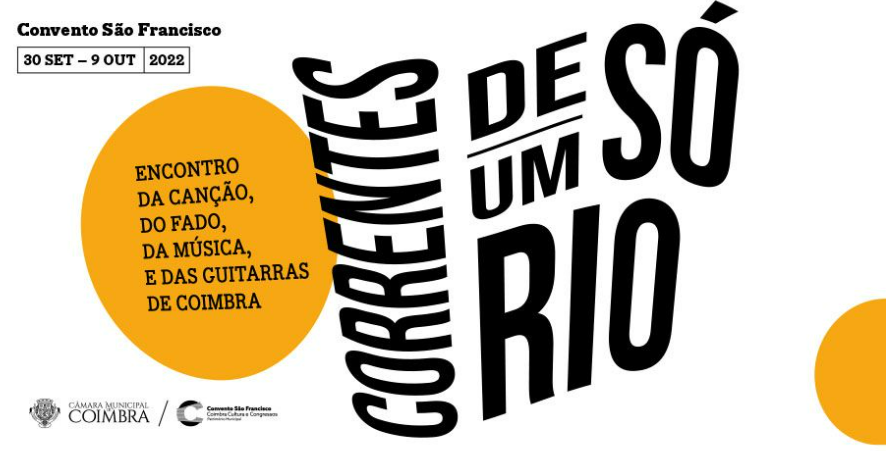 From September 30 to October 9, Coimbra will bring together events including concerts and plays to celebrate Coimbra Song and Fado, at the Convento de São Francisco, in an event organized by the municipality.

The premiere begins at 9:30 p.m. with the “Concerto de Guitarra Portuguesa e Orquestra”, with the participation of Paulo Soares and the Philharmonic Orchestra of Braga, as announced by the City Council of Coimbra.

On October 1, World Music Day is celebrated, so two musical options can be enjoyed by those who wish to visit the Convent of São Francisco. At 7:00 p.m., visitors will be able to hear “A Guitarra com os Dedos em Garra!” », an original by Simão Mota, which will take place at the Café Concerto Coimbra, also in the spaces of the Convento de São Francisco. Later, at 10 p.m., in Praça do Comércio, Coimbra and the Azores will join in the sound of the “Serenata Patrimónios – (En)Canto à Ilhas de Bruma”.

On October 2, around 6 p.m., “Coimbra das Canções” is heard, joining the “Quint’Essence Essemble and the Choir of the University of Coimbra”. At that time, the students will share the stage with a choir made up of 60 children “from various schools of artistic and specialized musical education in the Center region”. The next day it is possible to watch the musical “Olá Mundo, aqui Coimbra”, at 7:00 p.m., in the Sala D. Afonso Henriques.

On October 4, those present will return to the past, more precisely to the 60s and 70s, with the show “O Rapaz do Bairro”, which begins at 9:30 p.m. During the concert, the fado of Coimbra, which has taken root in Portuguese culture, will be heard “either through the expressions of traditional music or the texts of great Portuguese poets”. On October 5, the public will be able to attend the conference “Encontros com a Obra de Luiz Goes”, at 3:30 p.m., followed by a concert of “Luiz Goes em piano de fundo”, at 7:00 p.m.

“Arrancado ao Esquecimento” is the proposal of October 6 from the hand of MUS.MUS.CBR – Associação Cultural Museu da Música de Coimbra, which will present a documentary in “absolute premiere”, as well as an exhibition present throughout the festival . On October 7, it is possible to see the show “From Chopin to Lapa”, in the D. Afonso Henriques room, at 9.30 p.m.

On the last day, Luísa Sobral and Hugo Gamboias take the stage for the “Concerto para bebés”, with a greater dedication to the guitar. The closing of the festival will also be marked by the theatre. Cooperativa Bonifrates will present “O Assobiador de Caminhos – Adriano and his poets”, in a play that will accompany the journey of Adriano Correia de Oliveira.

Entrance tickets to shows can vary between 3 and 10 euros, however, more information can be found on bol.pt, by contacting the ticket office directly at: [email protected] or 239 857 191.

Ticket prices are available at:
https://www.coimbraconvento.pt/fotos/editor2/desdobravel_correntes_web_2.pdf