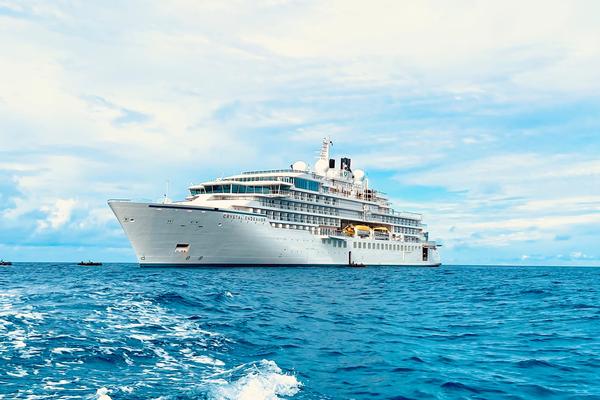 Crystal has added a series of 10- to 15-night trips to Antarctica, South America and Europe to Crystal Endeavor’s Spring 2022 schedule.

The new voyages will be operated from March 1 to April 29, 2022, collectively visiting 31 ports in nine countries on three continents. Crystal said the new trips replace four cruises to West Africa “which have been canceled due to continued uncertainty about the Omicron variant and its potential impact in the region.”

Following these new trips, Crystal Endeavor will operate its previously announced travel program to Europe, Iceland and Greenland, including summer trips to the Arctic, starting April 29, 2022, before leave for another season in Antarctica in November 2022.

â€œWe would like to thank our valued guests and travel partners for their patience and understanding,â€ said Jack Anderson, President of Crystal. “We have made these changes very carefully, as the health, safety and well-being of our guests and crew is always our top priority.”

New trips include a 14-night trip from Ushuaia to Buenos Aires, March 1–15, 2022. The South Georgia Wildlife Expedition & Uruguay trip will spend four days exploring isolated South Georgia with two zodiac landings scheduled each. day to meet penguins. , seals and more, plus a tour of the final resting place of famous explorer Ernest Shackleton. Next, the cruise will visit Punta del Este and Montevideo, Uruguay. This trip includes a complimentary one-way charter flight from Miami to Ushuaia and a pre-cruise luxury hotel stay in Ushuaia.

A 15-night trip from Buenos Aires to Santa Cruz de Tenerife from March 15 to 30 stops in Montevideo and Punta del Este before an eight-day trip across the Atlantic followed by a visit to Sao Filipe (Fogo Island) in the Cape Verde Islands.

A 10-night cruise from Lisbon to Barcelona from April 9 to 19 will include a stopover in Portimao, Portugal, after a two-day visit to Seville, as well as visits to Malaga, Alicante, Castellon de la Plana, Port de Soller and Mahon, Spain. This adventure includes the rare opportunity to sail the Guadalquivir River through the Andalusian countryside and dock in the heart of Seville.

The 20,200-ton Crystal Endeavor features a fully equipped veranda and butler suites; Michelin-inspired dining options including Umi Uma, a Japanese restaurant; Italian cuisine in Prego; 24 hour room service; the only casino on an expedition yacht; a two-storey glassed-in solarium with swimming pool and whirlpool; and a full-service salon and spa with fitness center.