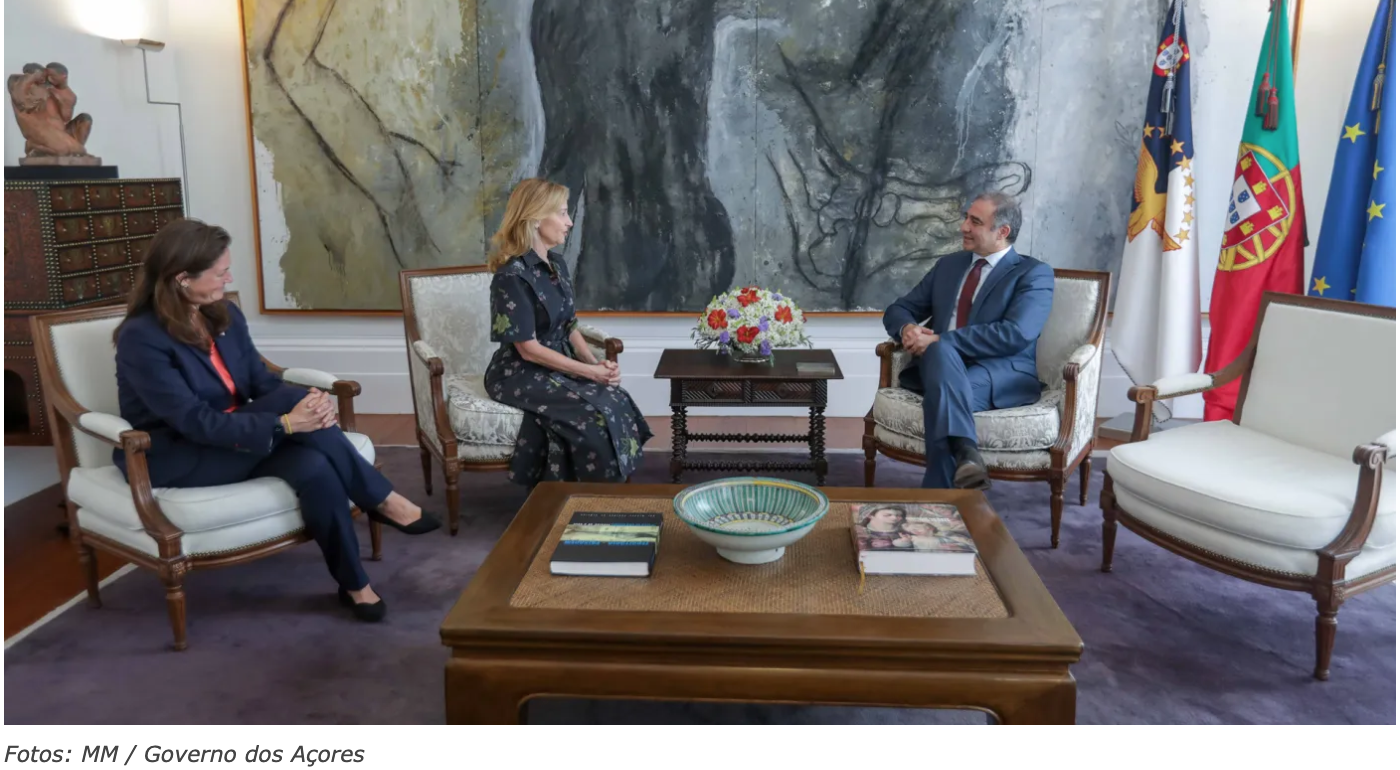 The visit, which took place from May 25-27, highlighted the “unique” and “special” role the Azores play in the context of the long relationship between the United States and Portugal.

The agenda for the occasion also included a visit to the Sahar Hassamain Synagogue in Ponta Delgada and a trip to the island of Terceira, where she visited the Cathedral of Angra do Heroísmo and stopped at the base of Lajes.

At the Lajes base, she underlined the “strong bilateral relations” between Portugal and the United States and praised “the efforts of the Americans and the Portuguese who serve side by side, every day, within the framework of collective defense. “. On the occasion, she recalled that the American consulate in Ponta Delgada, 225 years old, is the oldest American diplomatic office in the world.

During her visit to the Azorean Emigrants Association, in São Miguel, Ambassador Levine paid tribute to the Azorean diaspora in the United States, highlighting the importance of Portuguese communities in the country, where more than a million emigrants of Portuguese origin are of Azorean origin. .

Known for her interest in the arts, she proposed the promotion of an agenda of cultural expression between the American Embassy in Lisbon and Azorean artists.

In this context, President Bolieiro highlighted the relevance of the Luso-American Development Foundation (FLAD) to carry out “more initiatives founded in the Azores, for the Azores and with the Azores”.

Ambassador Randi Charno Levine was appointed by the President of the United StatesJoe Biden, Ambassador to Portugal in November 2021, and was unanimously confirmed by the US Senate in March, having assumed her official duties in April 2022. This was the first official trip outside mainland Portugal since joining active.

An arts advocate and published author, Ambassador Charno Levine studied journalism at the University of Missouri. She published her first children’s book, Princess Orlita, the curious princess (2020) aimed at teaching the next generation of young people how to obtain healthy foods to support them in daily life.

All issues, print and digital, are archived at the Library of Congress @ https://www.loc.gov/item/94648842/

The Portuguese American Journal is ranked by Google News.

PAJ respects freedom of expression but does not allow defamatory, malicious, or abusive language, including bullying, name-calling, and bullying. Comments that violate these requirements, including falsehoods and/or misinformation, will be removed without notice. Bullying behaviors will be blocked.

**Report a correction or a typo to [email protected]. We are committed to our journalistic standards, including accuracy. Carolina Matos/Editor.

Factbox: Vaccines delivered under the COVAX Sharing Program for the poorest countries