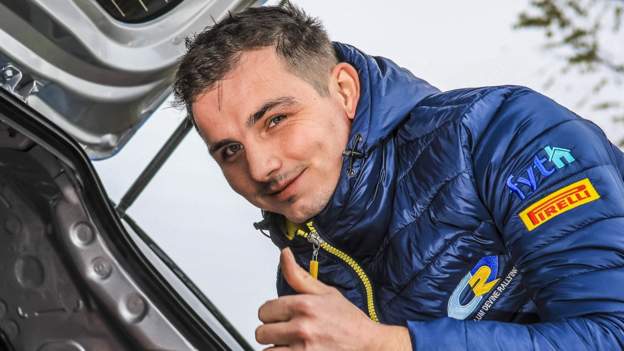 Motorsport Ireland Rally Academy driver Callum Devine says there is “nothing better than real competition” when launching his bid for the European Rally Championship.

Devine, 27, won a podium on his ERC debut in Hungary in 2019 and will return to a Ford Fiesta for 2021 after a season with Hyundai.

The European eight-round season kicks off on June 18 in Poland.

“I can’t wait to kick off my ERC season,” said Devine.

After a superb podium at Rally Hungary in his debut, Devine contested the entire ERC season in 2020 with Hyundai, but the campaign was hit by the Covid-19 pandemic.

Two retirements in the opening laps, including a heavy crash in Latvia, started his season, but his year ended on a positive note with three top 10 classifications, including an ERC Junior podium in the Canary Islands.

The County Derry driver will return to Ford for the coming season in a bid to regain the form that earned him third place in the Irish Asphalt Rally Championship and overall victory in the Donegal International Rally behind the wheel of a Fiesta.

â€œWe have some testing under our belt in the new car and it feels good, but there is nothing better than real competition to see where you are at. Rally Poland will be a new event for me because it didn’t run so last year we will be doing Rally Zemaitija in Lithuania from May 4th to 6th as a pre-warm-up to get up to speed, â€added Devine.

“Last year’s ERC campaign did not get off to a good start, but we ended well and I hope to build on that momentum in 2021.”