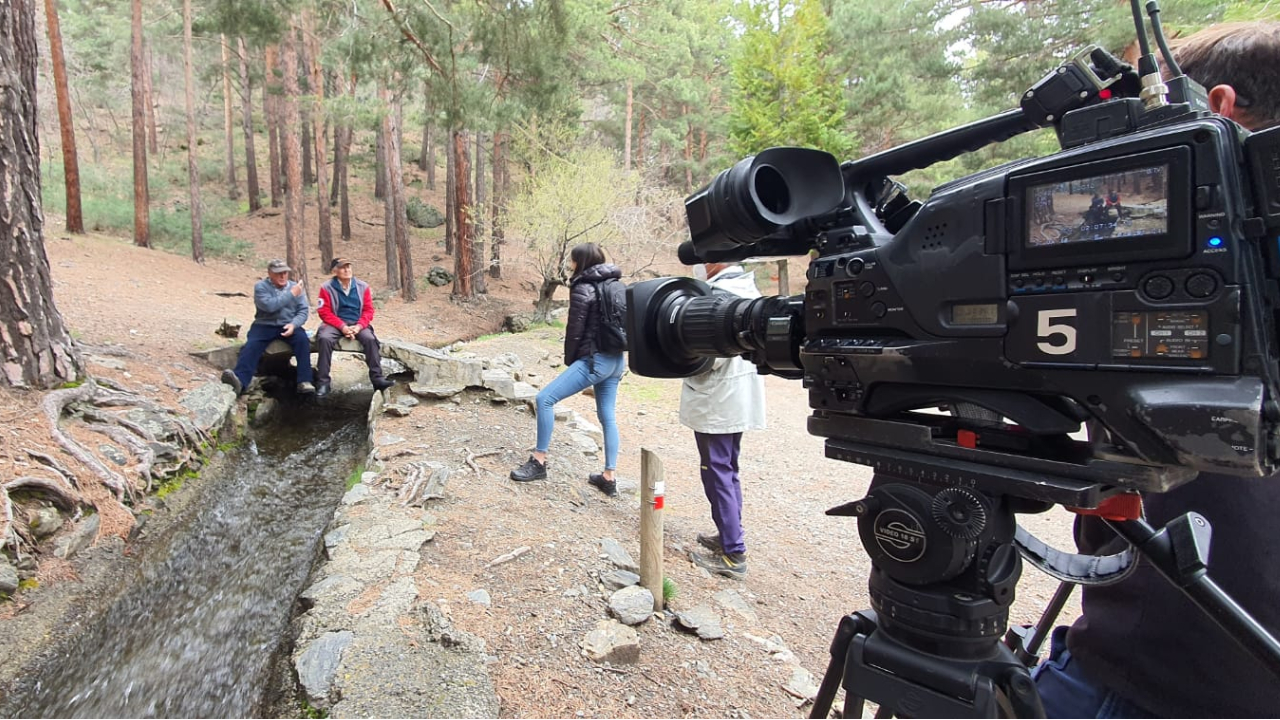 Eurovision co-productions – harnessing the creative power of our network

As I write this, across Europe a number of strange things are happening.

In Spain, two villagers in the Alpujarras region of Granada, in the foothills of the Sierra Nevada, sit on a stone bridge as water trickles down a ditch beneath their feet. The ditch was built by their ancestors 1,300 years ago, and after dredging it by hand, the two villagers now explain to the RTVE film crew how it’s proving to be an ingenious way to combat the desertification of the region caused by climate change.

Meanwhile, in Sweden, a herd of moose crosses a river in exactly the same place as their ancestors did for thousands of years. The only difference this year is that, hidden in the foliage, a motion-sensitive camera placed by SVT detects their arrival and silently begins recording the ancient scene.

At 7am in the Azores archipelago, the young international stars of Sport Clube Lusitânia from Brazil, Peru and Colombia meet for their first training run. This time, they’re joined by RTP producer-director Bruno, who impressively manages to keep up with them even with filming gear, at least for a while.

And in Vienna, Austria, a young clarinetist practices the virtuoso passage of Carl Maria von Weber’s Clarinet Concerto No. 2, for several hours each day in preparation for a performance in Montpellier which will be broadcast throughout Europe.

In a few months, all this hard work will be enjoyed by millions of viewers around the world as the 2022 editions of Eurovision co-production formats Back from the edge, Inside Offside and Eurovision Young Musicians will be broadcast in the territories of several EBU Members.

It still amazes me that all this hard and artistic work happens because of a small pile of contracts sitting on a desk in Geneva, or rather, because about a year ago someone working for the one of our MPs came up with a brilliant idea.

These shows are just a few of the successful co-productions our members have created over the years, not forgetting, of course, the original and greatest of them all, the Eurovision Song Contest (ESC).

This year’s ESC audience figures show that the average audience share (43.3%) during the Grand Final was almost double the channel’s benchmark for the slot (18.2%) . And it’s not just the ESC: the co-producers of last year’s Back from the Brink reported a market share of up to 37%: extraordinary figures for a natural history documentary.

It is clear that something in this type of program – whether it is the “touristy” treatment of a theme in several territories, or the diversity integrated into the style of production of the programs – seduces the public. It’s one of the many reasons why the EBU’s TV unit is placing a new emphasis on next year’s Eurovision co-productions over the summer months.

Summer is a time to relax, travel, socialize with friends and loved ones, and enjoy the fresh air and slower pace of life. Inspiration can come at any time.

If any of you working in EBU Member Organizations are inspired by Eurovision’s next major co-production format, please don’t hesitate to contact the team at [email protected] who can turn a simple idea into a viable co-production. during this summer’s Eurovision co-production development window, which runs from May 31 to September 2.