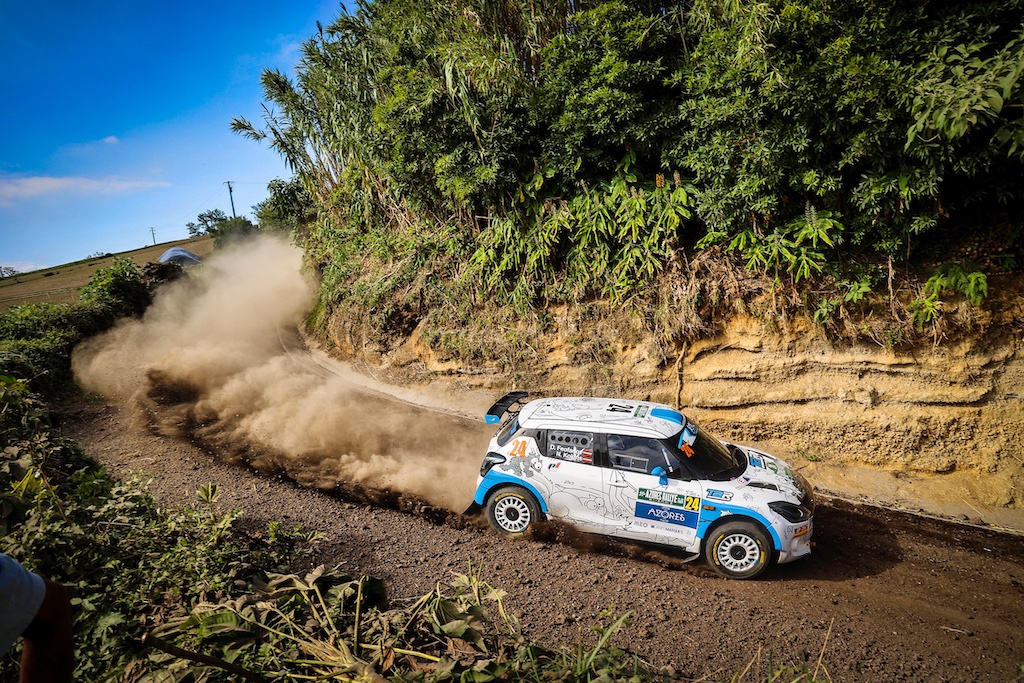 Feofanov, leader of ERC2, first in the Azores

Dmitry Feofanov, leader of the FIA â€‹â€‹ERC2 Championship standings after four rounds, will be the first on the road during the first stage of the 55th Rally of the Azores.

The Latvian rider was the last of the RC2 class competitors to choose his starting order during the selection in Ponta Delgada last night.

As a result, he faces the prospect of clearing a line through loose gravel in the Suzuki Swift Rally2 he shares with his co-driver Normunds Kokins.

Rachele Somaschini, who like Feofanov is another Azores rookie, starts second in his CitroÃ«n C3 Rally2, followed by islander Bruno Amaral and ERC regular AloÃ­sio Monteiro.

Alexey Lukyanuk won the right to choose his starting order first after setting the tone during the qualifying stage aboard his CitroÃ«n from SaintÃ©loc Junior Team. He is expected to race P19 on the road, one place ahead of current FIA European Rally Championship leader Andreas Mikkelsen.

Today’s action begins with the opening stage of the Graminhais from 9:33 am local time. Click on HERE to display the starting order of the first leg.

Portuguese chefs among the top 100 for The Best Chef Awards