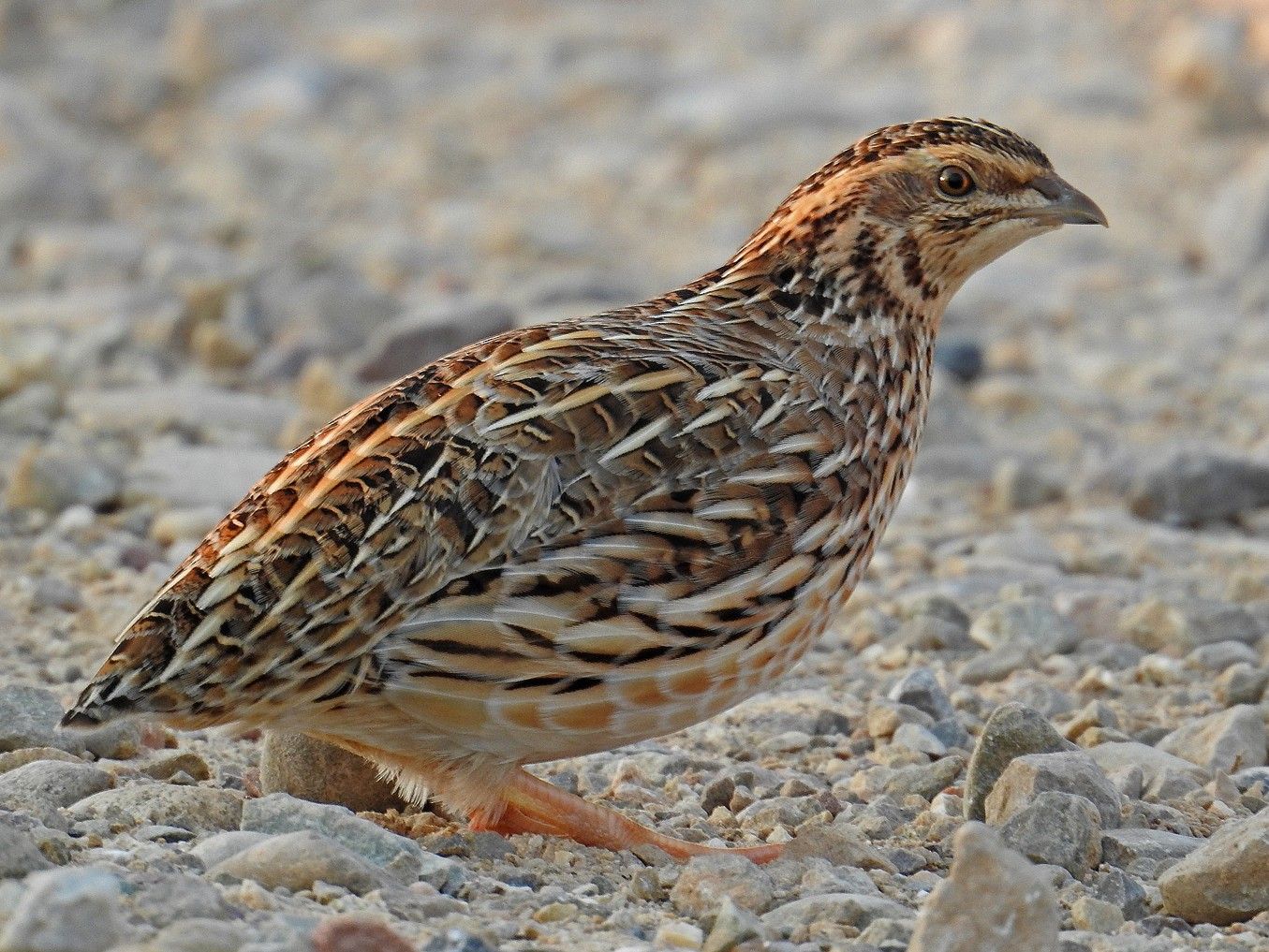 Have you seen this bird in Portugal?

Apart from the button quail (and unrelated), a tropical species now almost extinct in the Iberian Peninsula, the Quail is the smallest game bird and also the most migratory. Most of the European population winters in Africa and returns in early spring. This year, I first heard the familiar call “wet my lips” on March 2, but some may come in late February. The best chance of seeing one is after spring weather, when weary migrants can be found in sparse vegetation at coastal sites.

Quail numbers in any given year are highly variable, depending on the previous summer’s level of breeding success (closely related to the amount of spring rainfall) and conditions in their winter quarters. Although still quite numerous in the Iberian Peninsula, we will never again see the multitudes that “darkened the skies” in the spring of biblical times or even the crowds that choked the Iberian markets in the 19and C. Hunting pressure is still intense in Spain where over a million birds are taken each year, although these include an unknown proportion of introduced birds Japanese quail.

In Portugal the Quail is most abundant in the agricultural regions of the Alentejo province where the number of pairs is normally in the tens of thousands. Elsewhere, the birds will occupy any areas with suitable crops and pasture, but few breed in the northwest coastal areas where the Atlantic influence is strongest.

Birds increasingly tend to spend the winter in the Iberian Peninsula. This may partly be related to hybridization with the more sedentary Japanese species, although climate change is undoubtedly a factor as well.

The demand of gourmets interested in eating quail eggs (considered a delicacy since at least Roman times) is now increasingly being met by captive birds. Luckily, like most game birds, they lay large broods!

the Quail has a wide Old World distribution from western Europe to central Asia, with resident races in the northern subcontinent and Africa. There are also resident populations in the Azores and the Cape Verde Islands, probably descended from migrants moved in the distant past.