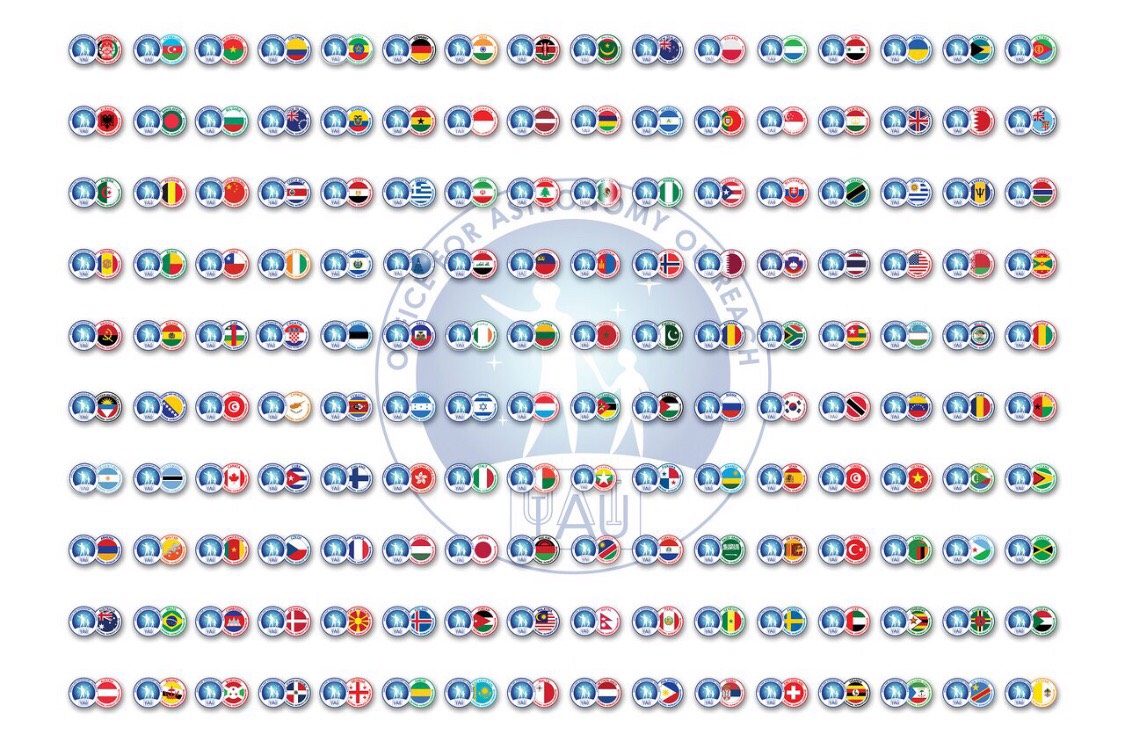 The Office of the International Astronomical Union for Outreach in Astronomy (OAO) is pleased to announce the selection of three projects in the second year of the IAU National Outreach Coordinator (NOC) funding program . The selected projects involve national awareness coordinators from 17 countries. They will focus on key areas of astronomy awareness, from creating a global platform to share astronomy awareness events to astronomy in refugee camps or the use of art as a tool for raising awareness about astronomy.

The IAU Office for Astronomy Outreach (OAO) is a joint project of the International Astronomical Union (IAU) and the National Astronomical Observatory of Japan (NAOJ). The mission of the OAO is to engage the public in astronomy through access to astronomical information and communication of the science of astronomy. This is implemented through a network of IAU National Outreach Coordinators (NOCs) and IAU public engagement initiatives. The work of the OAO is to build bridges between IAU and the global astronomical community of amateur astronomers, outreach professionals, educators, communicators and the general public, and through international collaboration, to make the science of astronomy accessible to all.

In 2020, IAU began providing all IAU National Outreach Representatives with a dedicated funding system to support the network in their outreach initiatives. The funding program embodies IAU’s mission to strengthen international cooperation by encouraging NOCs to form partnerships to present proposals that address common challenges. This second year of the program brought together 45 country representatives and a total of 24 submitted proposals.

“We are pleased to see the growing involvement of our NOC community in the OAO funding program and the spirit of collaboration and mutual support reflected in the proposals received,” said JosÃ© Miguel Espinosa, Deputy Secretary General of IAU.

The three selected projects are:

The Art of Astronomy: Recognizing that art is strongly influenced by astronomy, this project, which involves Brazil, Mozambique, Cape Verde, Angola and Portugal, will create a virtual exhibition and a interactive virtual art gallery composed of artistic material related to astronomy produced by groups of young people (primary and secondary students) and involve the public in astronomy.

Amanar: Under the same sky Summer program 2021: This program, which involves Spain, Italy and Brazil, aims to expand the summer programs of Project Amanar, a project to empower and inspire the Sahrawi community in refugee camps near Tindouf, Algeria, using astronomy. The project will also produce guidelines and lessons learned on working with refugee communities in astronomical outreach projects to apply to other refugee groups.

AstroGPS for the world: An increasing number of astronomical events are organized around the world. It is essential that target audiences can easily access information on these activities. This project, which involves NOCs from the Czech Republic, the Dominican Republic, Iraq, Kenya, Lebanon, Mongolia, Slovakia, Slovenia, the United Kingdom and the United States of America, and is led by Poland, will rely on a user. friendly and successful service and extend it for the benefit of the global community.

In April 2021, the host institutions of the OAO, the AIU and the NAOJ, signed a new agreement which, among other measures, ensures the continuity of this funding mechanism. The 2021/2022 NOC funding program will open in August 2021.

IAU is the international astronomical organization that brings together more than 12,000 active professional astronomers from more than 100 countries around the world. Its mission is to promote and safeguard astronomy in all its aspects, including research, communication, education and development, through international cooperation. The IAU also serves as an internationally recognized authority for assigning designations to celestial bodies and surface features. Founded in 1919, AIU is the world’s largest professional body for astronomers.

Faleti Joshua is passionate about space in all its incomprehensible nature. He holds a Bachelor of Laws degree and is pessimistic in his spare time.