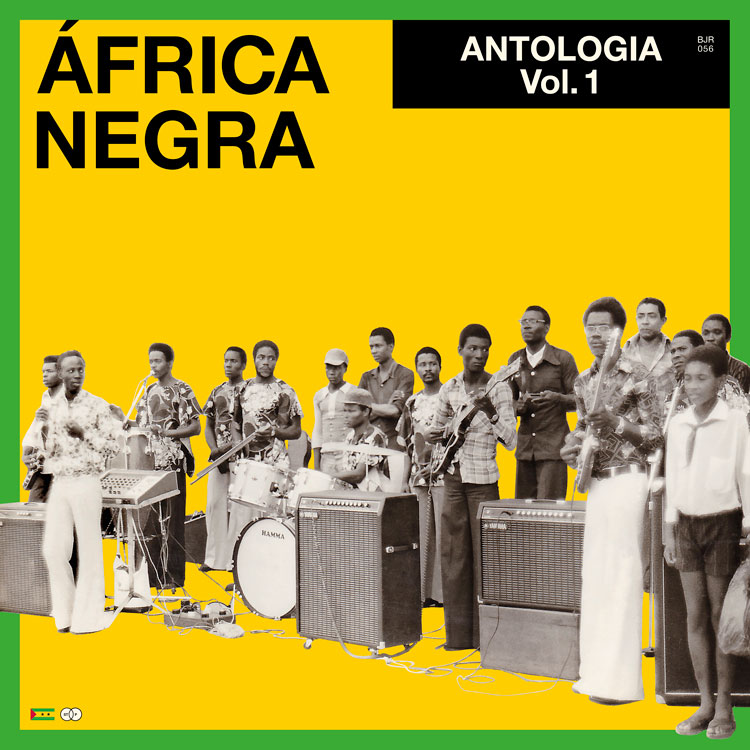 The Bongo Joe Records label focused on music from Sao Tome and Principe, a small island nation in Africa in the Atlantic Ocean, west of Gabon. The islands are an amalgamation with a diverse population that includes laborers drawn to cocoa and coffee plantations. Likewise, the islands are an international musical meeting place where traditional Sao Tomean rhythms mingle with influences from Portuguese-speaking countries such as Cape Verde and Angola, Congo and elsewhere.

One of the leading bands of the 1970s and 1980s was África Negra. Although this group varied in size over the years, their cheerful pan-African fusion sound was characterized by creative electric guitar lines with captivating double-guitar dialogue. The guitar style was inspired by the great players of Congo. África Negra influences included São Tomé rumba, Congolese soukous, and elements of Ghanaian highlife.

The anthology, compiled by French DJ Tom B, is an in-depth look at África Negra’s 50-year discography. Even though the band took a long hiatus, they are still active now and are planning some live dates in Europe this summer.

Angel Romero y Ruiz has been writing about world music for many years. He founded the sites worldmusiccentral.org and musicasdelmundo.com. Angel is also co-founder of the Transglobal World Music Chart. Angel has also produced and remastered world music studio albums and compilations for labels such as Alula Records, Ellipsis Arts and Music of the World.

SÃO TOMÉ AND PRINCIPE: call for tenders for a photovoltaic solar power plant in Santo Amaro