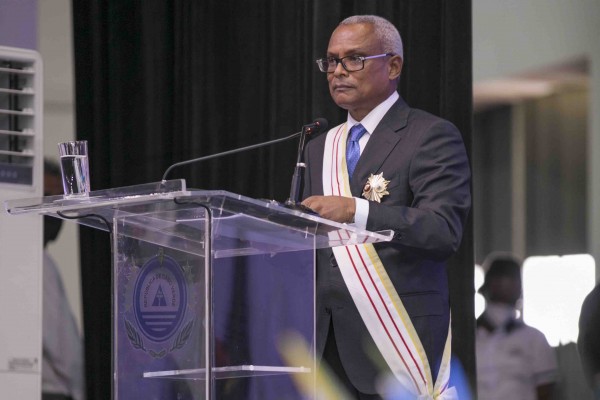 Silves, editor-in-chief of the news site Santiago Magazine, became a suspect in a criminal investigation after posting a story on December 28, 2021, on the aggravated homicide of government official Zezito Denti d’Oru in 2014. Similarly, in January, Almeida, a journalist with the newspaper A Nação, published a series of stories on the affair and the alleged involvement of the Cape Verdean Minister of Internal Administration Paulo Rocha. Almeida and Semedo, the director of A Nação, were informed on February 4 that they were also part of the investigation, according to Almeida, who spoke to IPI, and the news.

Journalists reported details of the seven-year classified investigation into d’Oru’s murder, including the allegation that the minister was at the crime scene. The investigation, underway since 2014, has so far revealed no suspects. On January 13, the newspaper A Nação published crime scene photosAlmeida pointing out the lack of proper investigation into the murder.

If the ongoing investigation gathers enough evidence, the journalists could be charged with disclosing information under judicial secrecy under Cape Verde’s criminal procedure code in connection with article 356 of the criminal code. They could face a sentence of up to two years in prison.

“The IPI urges the Cape Verdean authorities to drop their investigation of Hermínio Silves, Daniel Almeida and Alexandre Semedo in connection with their journalistic work,” said IPI Deputy Director Scott Griffen. “It is essential that journalists can cover matters of public interest without fear of arrest or criminal prosecution. Prosecutors should consider the potential wider implications for press freedom in this case and end this investigation.

No trial date has yet been set. “Here in Cape Verde, we have a serious problem with the slowness of justice. It is not possible to predict a date for the trial,” Almeida told IPI.

Almeida said he also suspected he might be under surveillance. “My phone can be tapped, so they can try to find out who gave me the file in secret,” the reporter told IPI. He added that the authorities were treating him “normally” and that he was continuing his work as a journalist while the investigation was ongoing.

On February 4, there was a demonstration before the Attorney General’s office in favor of freedom of the press. Almeida said he and his fellow journalists have received support from the public because in “a matter of public interest, which involves the minister, the right to inform must prevail over judicial secrecy”.