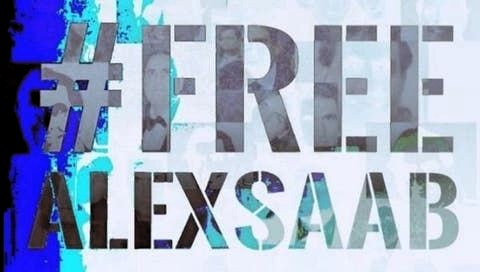 Saab made the following statement in U.S. Federal Court in Miami on October 16. The declaration is slightly modified.

My name is Alex Nain Saab Moran, with Venezuelan diplomatic passport number 045778720. I have been Special Envoy with diplomatic immunity to the Russian Federation and the Islamic Republic of Iran since April 2018 and Alternate Ambassador Plenipotentiary of Venezuela to the African Union.

I was diverted by Cape Verde on June 12, 2020, when my flight stopped to refuel a special humanitarian mission to continue to the Islamic Republic of Iran on the orders of my prresident, Nicolas Maduro Moros.

I was kidnapped without an arrest warrant – required by law in Cape Verde – and without an INTERPOL warrant, in a country that does not have an extradition treaty with the United States. They ignored my diplomatic immunity, which was immediately claimed by Venezuela.

I was tortured physically and psychologically by the United States and Cape Verde, with the consent of the government of Donald Trump, and members of the government of Cape Verde including Minister Landim; Prime Minister Ulysess Correia da Silva; Carlos Reiss, head of national security; Paulo Rocha, Minister of [internal affairs]; and the director of Sal prison, Mr. Correia, for eight months – and with the economic support of the United States, Juan GuaidÃ³ [U.S.-backed pretender to the Venezuelan presidency], and the former Venezuelan security chief, Narnia Ivan Simonivis.

Under international pressure from the US government and the ECOWAS / ECOWAS decision [the Economic Community of West African States], I was transferred to house arrestâ€¦.

The house arrest was a farce, because I always remained locked up as in prison and I was watched 24 hours a day by about fifty soldiers on average who took care of the keys to the house in which I had no privacy or access. phone or letters. I had to do everything through one lawyer, Dr Pinto Monteiro, who was the only one allowed to visit me. My entire team of international lawyers was deported several times upon arriving in Cape Verde – a country lacking in the empire, corrupt and cowardly.

All of my human rights have been violated; they violated their own laws, deadlines, conditions, at the whim and orders of the United States. Now the [Cape Verde] Constitutional Court decided to violate 12 constitutional points impossible to violate and authorized my extradition.

I hold the US government and the extremist opposition government in Narnia fully accountable for my integrity, for my life, in the prison they take me to.

I will face the trial with full dignity and asserting my diplomatic immunity as a servant of the Bolivarian Republic of Venezuela since April 2018.

Let us surround our president and our government with a human shield and do not let ourselves be defeated. They will never give in!

I declare that I am sane, that I am not suicidal, just in case they murder me and say that I am killing myself, which I would never do.

I love my wife Camilla and my children Shadi, Isham, Jad, Mariam Rose and Charlotte more than my own life.

I ask you to be strong and to always stand united.

United we will win! Always have faith in God!