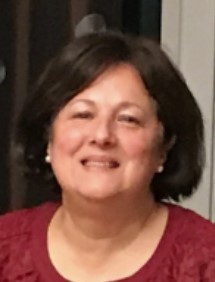 Maria dos Anjos “Angie” Andrade, 69, of Riverside, passed away peacefully surrounded by her loved ones on Sunday, December 12, 2021.

Born April 6, 1952 in Faial, Azores, she was the daughter of Maria Fatima Vasconcelos Serpa and the late Jaime da Rosa Serpa Jr.

Angie worked at Imperial Pearl for 28 years as an office supervisor, then later for Citizens Bank doing international transfers.

She was a devoted wife, mother, grandmother, daughter, sister and aunt. Besides her husband, her greatest loves were her boys and grandchildren. You can always count on her to support them during school games and performances. She was happiest when she had her family around having fun. She will be missed forever.

His funeral will begin on Thursday, December 16, 2021 at 8:00 a.m. Rebello funeral and crematorium, 901 Broadway which will be followed by a Christian burial mass at 9:00 am in the Church of the Sacred Heart, Taunton Avenue, East Providence.

The burial will be private