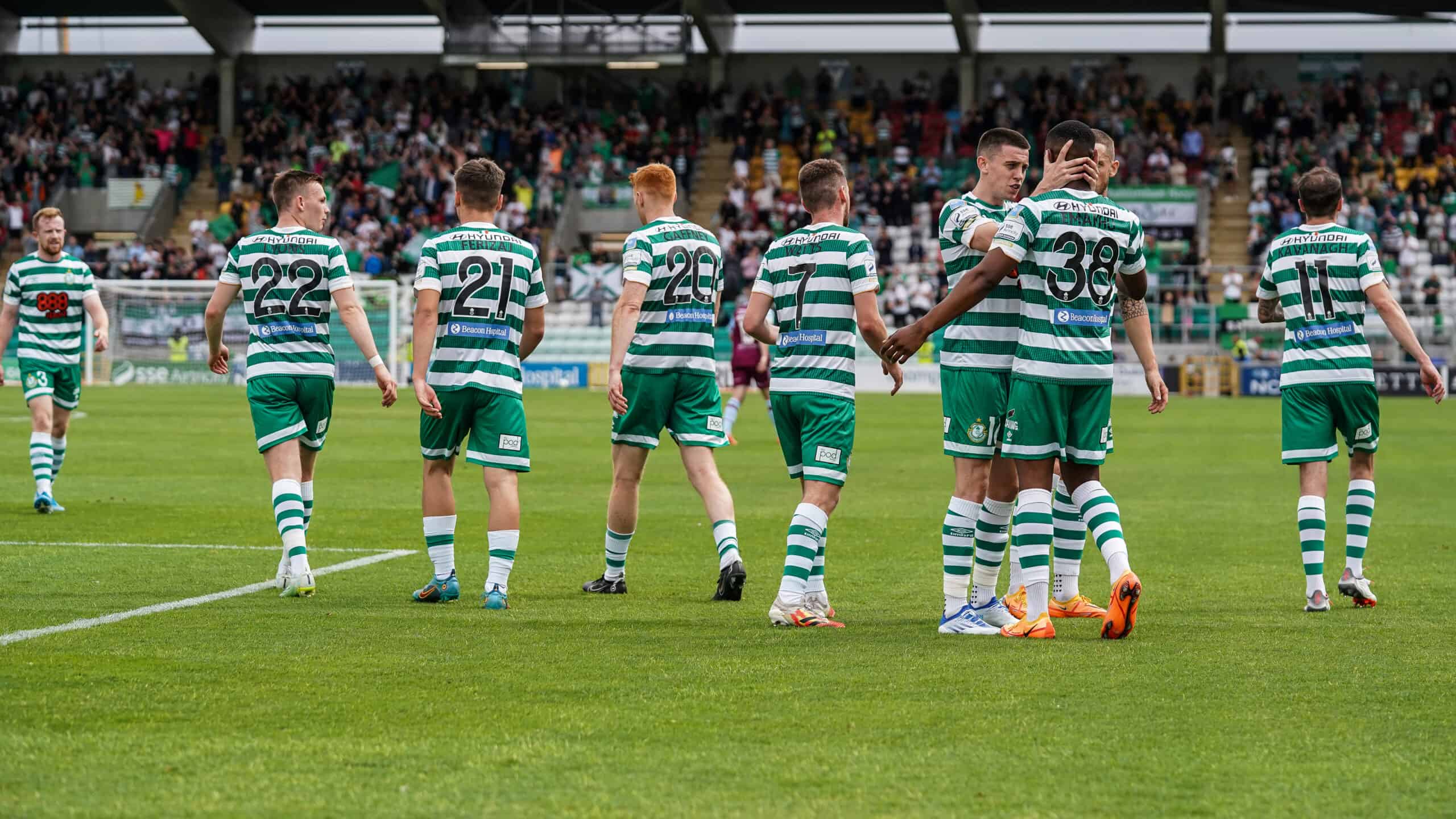 Shamrock Rovers were held 1-1 by Drogheda United at Tallaght Stadium on Saturday afternoon as the Hoops returned to domestic action following their exploits in Europe in midweek. Two goals in the last 15 minutes of the game meant the two sides shared the points in what was a boring encounter for most.

Chances were scarce in the early stages as both teams had possession spells as they tried to work their way into the game. The Hoops started slow and allowed Drogheda to quickly gain a foothold in the game, but as the half progressed Rovers began to have a stranglehold on the proceedings, with Richie Towell and Graham Burke all having two half a chance to open the scoring.

Stephen Bradley’s men continued to stay on top for the rest of the first half, keeping possession well and looking threatening on the wing. Despite the positive display, Rovers narrowly missed the final pass as the teams leveled off as referee Derek Tomney huffed for half-time.

Much like the start of the game, Drogheda started the brighter of both sides after the restart and nearly took the lead just five minutes after the break. Darragh Markey’s dangerous corner kick picked out Keith Cowan whose header was cleared off the line by Graham Burke before Roberto Lopes heroically prevented Adam Foley’s rebound from finding the back of the net. A letting go for the Hoops.

The Hoops had another cause for concern when then-captain Lopes was sent off with an injury. He was replaced by Sean Hoare. Stephen Bradley hopes the Cape Verde international hasn’t suffered a major injury which will keep him sidelined for some time. The Hoops head coach later confirmed Lopes was with doctor and physio after the game as we await further news on the extent of Saturday’s injury.

The roadsters brought new legs to Aidamo Emakhu and Justin Ferizaj as they tried to make a breakthrough. Bradley’s positive substitutions paid off as with 10 minutes left the Hoops broke the deadlock.

Incredible wing play from Sean Kavanagh on the left touchline created space to put in a perfect cross for Emakhu who made no mistakes as he passed the ball past Colin McCabe at the near post to give the home side a deserved lead. It was Emakhu’s first goal of the 2022 campaign.

Unfortunately, Rovers couldn’t complete the game and claim all three points as Drogheda scored with three minutes remaining. The Hoops were only able to half clear a Drogheda corner, the ball falling on Evan Weir at the edge of the box who made no mistake with a first strike through a body ruck and past Alan Mannus.

Weir was then sent off moments later for a second yellow card with tensions growing as the game progressed towards ninety minutes. Five more minutes of added time were to be played and halfway through that, the Hoops had a glorious chance to snatch all three points as Emakhu’s goal-bound effort was blocked, somehow. on the other, by Ryan Brennan.

The Hoops will be disappointed not to take all three points, but today’s point extends their lead at the top to seven points.

The focus now returns to European football for the Hoops as they host Ludogorets in Tuesday night’s UEFA Champions League qualifying round second leg away to Tallaght.