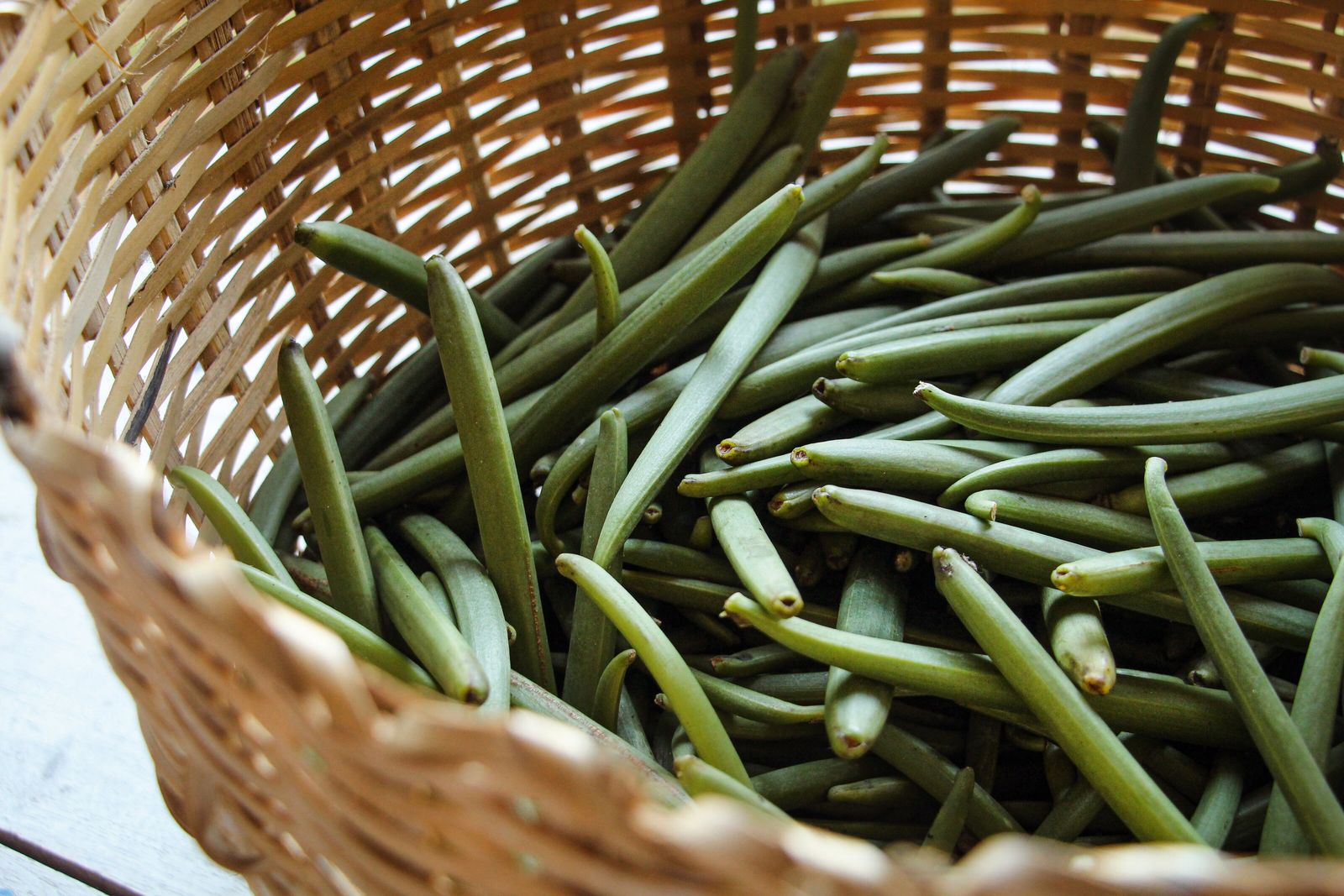 Meet the maker: vanilla producers from São Tomé and Príncipe

Originating in the tropical forests of Mexico and once picked by the Aztecs to flavor their cocoa, vanilla is today the most widely used flavoring in the world and the second most expensive spice after saffron. It is also a labor-intensive crop and very prone to failure.

In São Tomé and Príncipe, a small island nation off the coast of Gabon, this challenge brought together two Europeans and a group of local farmers, determined to make vanilla farming less risky and bring much-needed income to the islands.

Located on the equator – where vanilla thrives best – São Tomé’s rich volcanic soils produce beans with a distinct nutty and caramel aroma, which are more subtle and floral than vanilla beans from Madagascar. and are suitable for both sweet and savory dishes.

Vanilha, a company created by Italian businessman Francesco Mai and French development student Juliette Dohar, is working with 30 local farmers to use their generational knowledge of vanilla cultivation, while using monitoring equipment to high technology to perfect techniques and improve the chances of crop success. . Since its launch in 2019, the business has grown steadily and the company now produces and exports vanilla beans, vanilla essence and vanilla rum.

“Vanilla is not mass production, it’s a question of quality and patience,” explains Francesco. “A flower is like a single bean, and it has to be pollinated by hand, which is an expert skill. If you miss the two hour window to do so, when the flower opens, the bean will be wasted.

A member of the orchid family, vanilla is particularly difficult to grow due to its reliance on a small bee, native to Mexico, for pollination. Since the crop is largely grown outside of bee territory these days, in countries like Madagascar and Tahiti, farmers must pollinate its flowers, painstakingly, by hand. Which means Francesco and Juliet have to rush to the island for three months of the year, helping the farmers pollinate during that small window.

Once pollinated, the bean pods take six months to grow, then are harvested while still green. “We then ‘kill’ the beans to prevent them from developing further by immersing them in hot water,” explains Juliette. “After that, they are drained, wrapped in cotton cloth and put in wooden boxes to ferment at 50°C for 48 hours. This is when the flavors and aromas begin to develop.

Then the fermented beans are dried in the sun — a challenge in São Tomé since it usually coincides with the rainy season — before returning to crates to “sweat” at a temperature of 40°C. Finally, they are dried in a dark room and then stored for six to 10 months to further develop the flavors.

“After all that, one day you open the box and expect to get a burst of vanilla flavor,” says Juliette. “Only then will you know he’s ready.”


1. Juliet Daiquiri Vanilha
If you want a taste of São Tomé, try this concoction from Juliette Dohar of Vanilha. It’s as tropical as it gets, as all of the ingredients are grown or made on the island. Mix a frozen banana with a glass and a half of Vanilha rum and pour into a margarita glass before adding a splash of fresh orange juice.

2. Vanilla Sky
For a refreshing and deliciously tangy drink, try Vanilla Sky, which combines citrus and tropical flavors. The cocktail is a mix of vanilla flavored vodka, orange curaçao (a liqueur made from dried orange peel), almond syrup (or amaretto for a little extra), juice lemon and pineapple.

3. Vanilla Vodka Cream
Creamy and velvety, the creamtini is a gloriously gourmet cocktail. Start by rubbing the rim of a martini glass with an orange wedge and coating it with vanilla sugar. Then add a shaken mixture of ice cubes, vanilla vodka, Irish cream liqueur and Cointreau.

Traveling to Portugal during Covid-19: What you need to know before you go