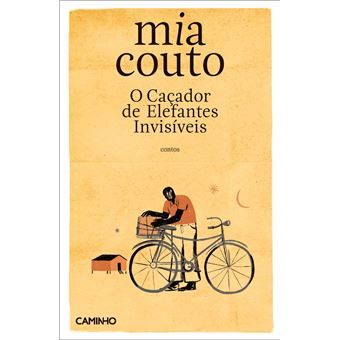 Mozambican writer Mia Couto today launches “The Huntsman of Invisible Elephants”, a book based on a selection of columns published in the Portuguese magazine VisÃ£o, the Leite Couto Foundation announced in a statement.

“From the published chronicles, the author selected them and rewrote them as short stories,” the statement read.

The work will be launched in the cultural space of the Leite Couto Foundation, created in memory of Mia Couto’s father.

â€œThe process of overhauling the little prose has resulted in some gripping stories that cover the present of our world and range from the pandemic to the drama of the war in Cabo Delgado. [a province affected by rebel attacks four years ago in northern Mozambique]”, adds the press release.

In “The invisible elephant hunter”, Mia Couto maintains the “mythical and poetic vision” of human existence, mixing irony and humor, in stories marked by a critical look at the history of Mozambique.

Mia Couto was born in Beira, Mozambique, in 1955, after having been a journalist and a teacher. He is currently a biologist and writer.

CamÃµes Prize in 2013, Mia Couto is the author, among others, of “JesusalÃ©m”, “The last flight of the flamingo”, “Vozes Anoitecidas”, “Abensonhadas Stories”, “Terra SonÃ¢mbula”, “A Varanda do Frangipani “and” A confession of the lioness “.

Translated into more than 30 languages, the writer has also been honored with the VergÃ­lio Ferreira Prize, in 1999, the UniÃ£o Latina Prize for Romance Literatures, in 2007, and the Eduardo LourenÃ§o Prize, in 2011, for his work as a whole. , among others. distinctions.

“Terra SonÃ¢mbula” was voted one of the 12 best African books of the 20th century, and “JesusalÃ©m” was among the 20 best fiction books most published in France, in the choice of the radio France Culture and the magazine TÃ©lÃ©rama.