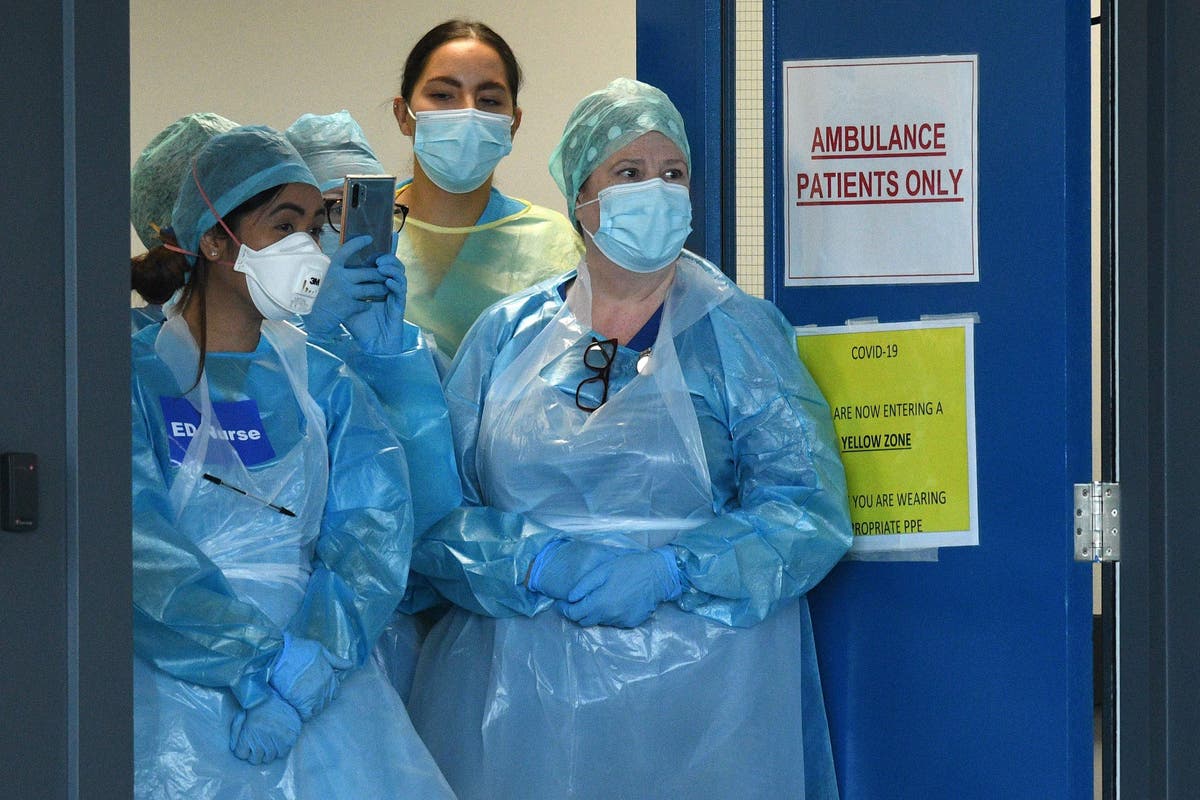 
NHS hospitals have been urged to protect frontline staff wearing personal protective equipment (PPE) amid warning about heat stress risks as UK basks in a period of prolonged hot weather .

A letter from Public Health England (PHE) and the Health and Safety Executive to hospital trusts, general practitioners and pharmacies said doctors and nurses should be given regular breaks and recommended that a buddy system be established with people invited to watch for signs of heat stress. , which can lead to more severe heat stroke.

“Steps to control the temperature of clinical environments and allow staff to make behavioral adaptations to stay cool and well hydrated should be taken. “

NHS officials should expect staff productivity to be affected, the letter said, while warning that demand for disposable PPE would increase as staff have to throw away their masks and gowns between each break, which it is encouraged to take more regularly.

PPE should also be changed when it becomes uncomfortable or wet, for example when sweating, which increases the demand for stock.

“Staff may need more frequent breaks and the frequency of PPE changes may increase, with the resulting increased demand,” the letter said.

PHE said that in 2018, around half of NHS hospital trusts reported at least one overheating incident, and almost one in 10 (8%) reported more than 50 incidents.

Heat stress has symptoms similar to heat exhaustion and can lead to heat stroke if the person is unable to calm down.

Heat exhaustion occurs when a person is very hot and begins to lose water or salt from their body. Heat stroke is a condition in which the body is no longer able to cool itself down and a person’s body temperature becomes dangerously high.

The UK faces the prospect of a heat wave this weekend with temperatures expected to reach nearly 30C.

The high pressure from the Azores will bring warm, stable and sunny weather to much of the country, with the Midlands and the southeast expected to feel the mildest.

A heat wave is officially defined as the temperature reaching a certain threshold for at least three consecutive days, with the specific threshold varying by region of the UK.

In London, the temperature must reach at least 28C for three consecutive days. In the Midlands, East Anglia and the original counties, it should reach 27C. In Lincolnshire, Cheshire, Dorset and the Isle of Wight, the threshold is 26 s. And in Scotland, Wales, Northern Ireland and the South West, it needs to hit 25C.