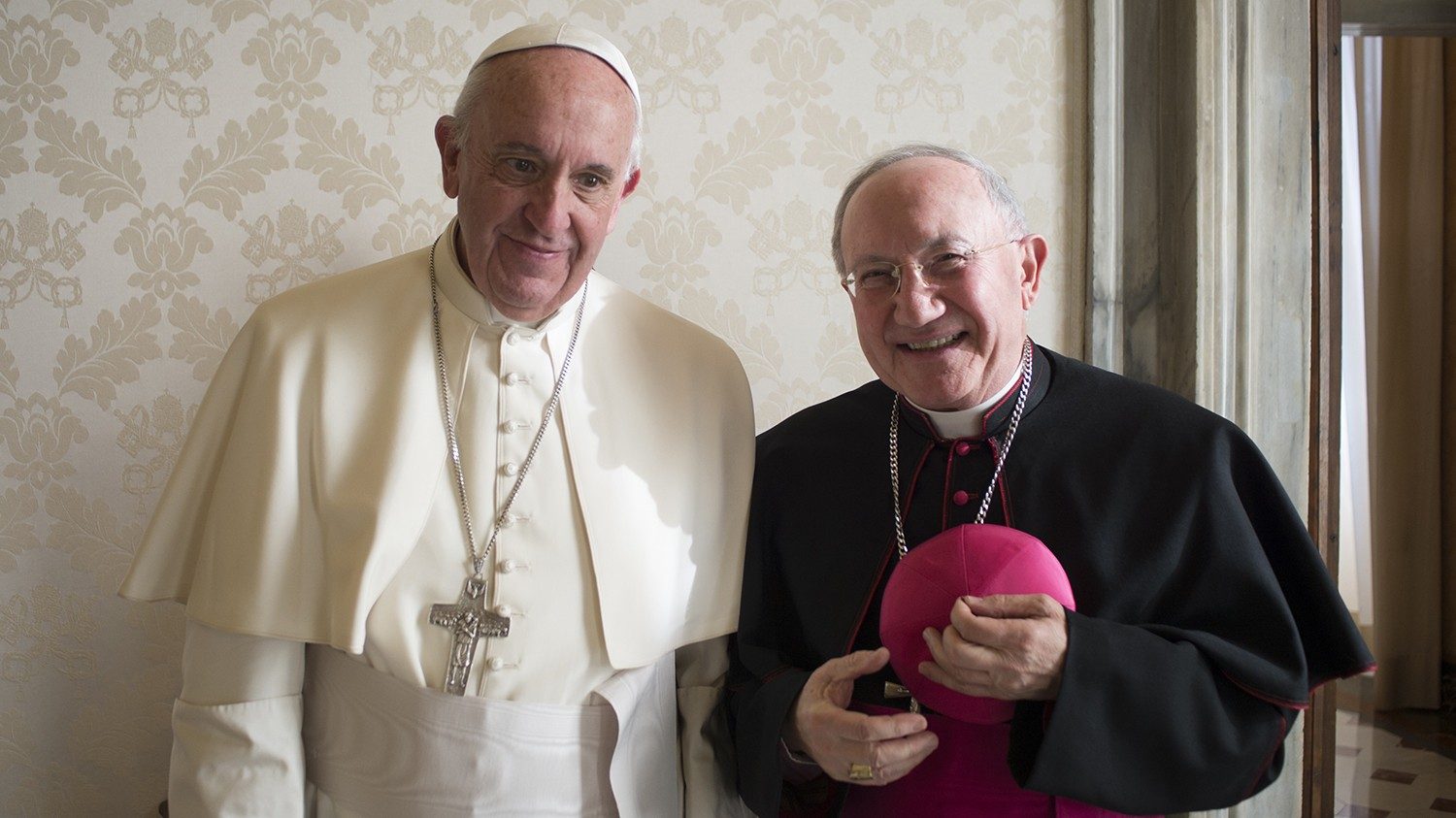 Pope Francis has appointed Bishop Aldo Cavalli as the new Special Apostolic Visitor for the parish of Medjugorje, for an indefinite period and ad nutum Sanctae Sedis. Until now, Archbishop Cavalli was Apostolic Nuncio in the Netherlands and Permanent Representative to the Organization for the Prohibition of Chemical Weapons. He succeeds Polish Archbishop Henryk Hoser, who died on August 13 in Warsaw at the age of 78, and who had held this post since 2018.

Archbishop Cavalli was born in Muggianico di Lecco, Lombardy, in October 1946, into a family of bakers. He was ordained a priest in Bergamo in 1971 and continued his studies at the Pontifical Ecclesiastical Academy, entering the diplomatic service of the Holy See in 1979. Appointed apostolic nuncio, he was consecrated bishop in 1996, as titular archbishop by Vibo Valentia. He directed the nunciatures of SÃ£o TomÃ© and PrÃ­ncipe (1996), Angola (1997), Chile (2001), Colombia (2007), Libya and Malta (2013) Netherlands (2015) and was also permanent representative to the ‘Organization for the Prohibition of Chemical Weapons (2015). On May 15, he was received in audience by Pope Francis.

The Press Service clarified when Hoser was appointed that his role as apostolic visitor is â€œexclusively pastoralâ€, that of a â€œstable and continuousâ€ accompaniment of the parish community of this small town in Bosnia-Herzegovina, and of the many faithful who go there on pilgrimage, “whose needs demand special attention”. It is therefore a pastoral role which does not enter into the question of the Marian apparitions that some claim to have had since June 24, 1981.

In May 2019, Pope Francis authorized pilgrimages to Medjugorje, which since then can be officially organized by dioceses and parishes; that is, they do not need to be undertaken strictly in a private form.

Pope to the young people of Medjugorje: have the courage to follow Jesus

Last August, Pope Francis addressed a message to the young people gathered for the traditional Mladifest, the annual prayer meeting in Medjugorje, exhorting them to have the courage to follow Jesus: â€œHave the courage to live your youth by trusting in the Lord. and go with Him. Let yourself be conquered by his gaze of love which frees us from the seduction of idols, false riches which promise life but bring death. Do not be afraid to welcome the Word of Christ and accept his call. do not be discouraged like the rich young man of the Gospel; rather fix your gaze on Mary, the great model of the imitation of Christ, and entrust yourselves to the one who, with her “here I am”, answered unreservedly the call of the Lord “.

In Medjugorje to meet Christ through Mary

The late Abp Hoser told Vatican News that pilgrims come to Medjugorje from all over the world “to meet Christ and his Mother”. “The Marian way”, he said, “is the surest and most secure way” because it leads to Jesus. In Medjugorje, he noted, the faithful have â€œthe adoration of the Blessed Sacrament at their center; the holy mass; a massive frequency of the sacrament of penance â€. It is a true â€œChristocentricâ€ devotion lived as close as possible to the Virgin Mary, venerated with the appellation of â€œQueen of Peaceâ€, he said.

World Cup play-offs in Africa: when will the Caf draw?

Aerobotics in the malaria eradication project in Africa