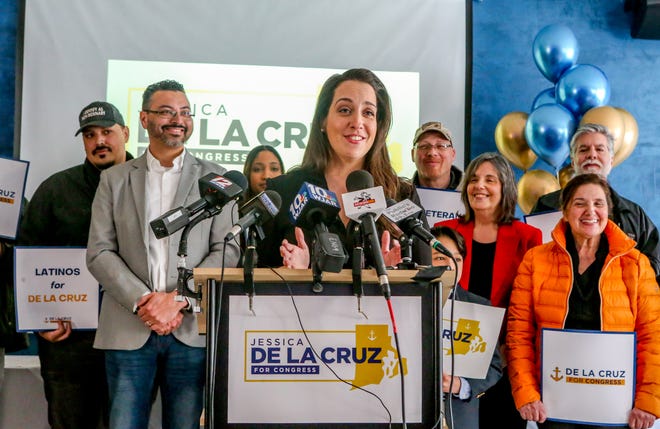 “While I have been encouraged by the strong grassroots support my campaign has received, right now the best place for me to fight for the Rhode Islanders is in the State Senate,” she said. in a statement Thursday evening.

De la Cruz, the daughter of immigrants from the Azores and Madeira, said many of her supporters have called on her to remain in the state legislature and continue to fight for causes such as “the suspension of the gas tax, parental rights in education and our constitutional liberties.”

She had long considered running to succeed Democratic U.S. Representative Jim Langevin in Congress, who announced Jan. 18 that he would not run after representing the district covering western Rhode Island since 2001. De la Cruz is officially entered the race in March. 16.

Former state Rep. Ed Pacheco ended his campaign for Congress on March 22, saying it had become too difficult to raise funds.

“I have decided to suspend my campaign for Congress,” the Democrat said in a statement. “Given the amount of resources needed to run a competitive campaign, I have concluded that fundraising in this election cycle will be extremely difficult.”

His experience points to the need for campaign finance reform, he said.

Pacheco, former chairman of the Rhode Island Democratic Party, announced in January that he was running for the seat vacated by retired Democratic U.S. Representative Jim Langevin.

He will continue to work to ensure the seat remains in the hands of Democrats.

“Fortunately, we have several talented candidates seeking the Democratic nomination,” he said. “I look forward to continuing to advocate for the issues that motivated me to consider running for Congress in the first place.”