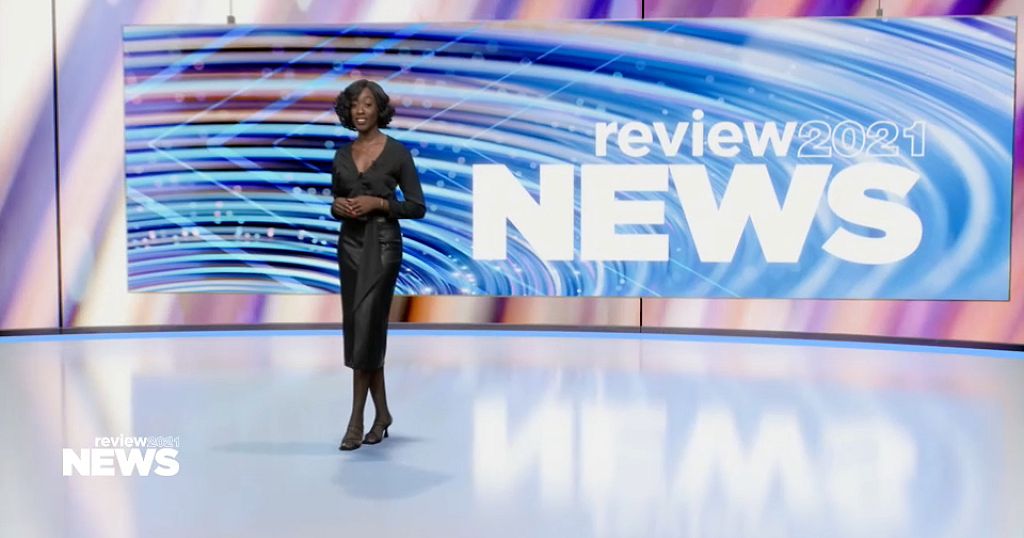 ELECTIONS HELD IN AT LEAST 12 COUNTRIES

2021 was a year of presidential elections on the continent. In January, Ugandan President Yoweri Museveni was re-elected to a 6th term amid intense and deadly opposition protests.

Then in Niger it took two rounds to give the country a new ruler when Mohammed Bazoom defeated his opponent and former president Mahamane Ousmane for the top post.

And in Benin, it was a hill climb for Patrice Talon who was reelected for a second term in the very first round of the elections, largely boycotted by the opposition.

In Congo, President Sassou Nguesso has extended his reign. A victory for a 4th term in the midst of a sad event – the death of his opponent Perfect Kolelas from Covid.

Then Idris Deby of Chad was re-elected, but this victory will be short-lived as the strongman died fighting against the jihadists shortly after his election victory was proclaimed.

In August, opposition leader Hakainde Hichilema, in his sixth presidential attempt, displaced Zambian Edgar Lungu in a hotly contested ballot. The victory was made by a landslide triggering celebrations in the country.

And that of Gambia-Adama Barrow maintained his grip on power after beating his opponent Ousanou Darboe who obtained around 28% of the vote.

Winds of change blew through Sao Tome and Principe and Cape Verde as opposition candidates in island nations won the elections. And in the Horn of Africa, Djibouti’s elections were largely peaceful, with President Ismael Guelleh extending his two decades in power.

KEY SUMMITS WITH VOICE FOR AFRICA

Although it was still a pandemic year, major summits on Africa have taken place. These include the China-Africa summit held in Dakar, Senegal, the summit on the financing of African economies held in Paris with many African leaders among some thirty heads of state present in May.

In October, hundreds of young African entrepreneurs activists and civil rights activists gathered in Montpellier for a one-day Africa-France summit

THE RETURN OF THE BLOCKS IN AFRICA?

Now, since 2010, there has been a steady decline in the number of coups in Africa. But this break has been tested this year.

A coup in Guinea toppled President Alpha CondÃ©, ending the 83-year-old’s retention in power in a controversial third term. Mutineer soldiers led by Mamadi Doumbouya carried out the coup to the cheers of the population.

In Mali, Assimi Goita consolidated the powers of his regime by ousting his civilian partners, orchestrating one blow within a blow.

There would have been more coups d’Ã©tat but they failed in Niger, Madagascar and Sudan where there is still no political solution to the power arrangement between the civilian government of Prime Minister Abdalla Hamdok and the ‘army. At least 50 people have been killed so far.

And in South Africa, widespread looting took place during deadly protests against the conviction and imprisonment of former President Jacob Zuma for corruption.

The armed conflict in North Kivu escalated and saw the assassination of Italian Ambassador Luca Attanasio, his bodyguard and driver.

Deadly attacks continued in the Sahel in Mali and Burkina Faso while the civil conflict in Ethiopia took many dramatic turns between Tigray rebels and government forces, forcing Prime Minister Abiy Ahmed to go to the front.

Tensions between Morocco and Algeria reached an unprecedented high for more than 25 years when Algeria accused the northern kingdom of starting wildfires and other hostile acts against Algeria.

In April, Tanzanian President John Magufuli passed away at the age of 61. Mr. Magufuli had not been seen in public for more than two weeks before his death and rumors had circulated about his state of health.

He was one of the most prominent coronavirus skeptics in Africa and called for prayers and herbal steam therapy to counter the virus.

He is believed to have died of heart complications at a hospital in Dar es Salaam, but it is widely believed that he died of Covid.

In June, Kenneth Kaunda, founding president of Zambia and hero of liberation, died in a military hospital in Lusaka where he was being treated for pneumonia.

In August, former Chadian President HissÃ¨ne HabrÃ©, who was serving a life sentence in Senegal for war crimes and crimes against humanity, died at the age of 79.

FW de Klerk, the former president of South Africa and the last white to rule the country, died aged 85 in November.

The Portugee Phillips Ride, the facts and the legend – Sheridan Media