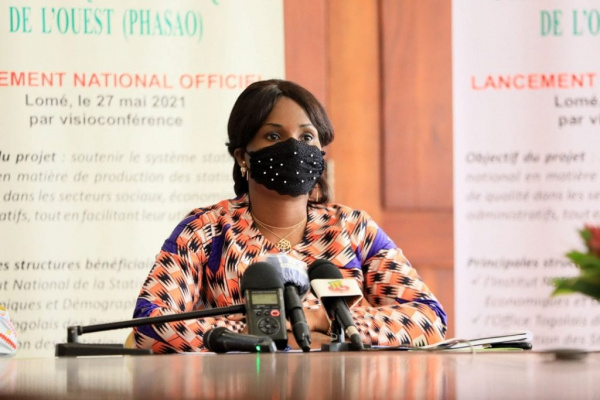 
OVERVIEW OF THE REFORMS

At the fifteenth position, worldwide, and first in Africa, under the Start a business index of the Doing Business 2020 ranking, Togo maintains its reform dynamic with more reforms ….

Compared to a few years ago, when it was one of the lowest ranking under Doing Business’s contract enforcement indicator, Togo, taking advantage of many efforts to improve its business climate, has been able to jump significantly on the index in recent years … .

EXECUTION OF THE CONTRACT (More information)

Compared to previous years,Togo has significantly improved its ranking in the“Cross-border trade” indicator by adopting multiple reforms that focus mainly on digitization and reduction of delays, for import and export procedures related to import and export.

Compared to previous years, Togo has significantly improved its ranking “Cross-border trade” index by adopting multiple reforms that focus mainly on digitization and reduction of delays, for import and export procedures related to import and export.

After moving from 133rd to 127th place in the Doing Business 2020 building permits index, Togo intends to repeat this feat in the next edition of the world ranking. To this end, he introduced multiple reforms this year.

Over the past two years, Togo’s ranking in the Doing Business indicator “Obtaining Electricity and Water has steadily increased. As a result of this performance in multiple reforms aimed at facilitating businesses’ access to electricity and water, Lomé plans to introduce even more reforms this year to continue its improvements.

On all the “Doing Business” indicators, the Property Register is the one where Togo has improved the most since 2018. Indeed, after having spent years in the lowest part of this ranking, the country is now looking for to beat Rwanda which is the best performer on this index in Africa. To do this, Lomé has introduced many reforms, the last batch being implemented this year.

From professionalization to digitization, including legislative regulations, the public procurement framework in Togo is constantly modernizing. Several reforms have been implemented to improve the sector for the benefit of the private sector, which is at the heart of the national development plan.

To improve its business environment, Togo has introduced major reforms related to the payment of taxes. From replacing certain taxes to canceling others through exemptions, the country has only one objective: to offer the most attractive tax framework to investors and economic operators. To achieve this, the authorities have relied on digitization.