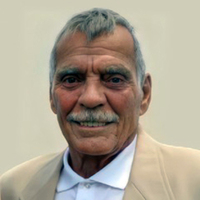 He was the son of the late James Charlie and Rosa Scoggins. The siblings who preceded him in death were brothers Bob Scoggins of Chattanooga, Kenneth Scoggins of New York, and Troy and Michael Scoggins, both of Cleveland.

Jim grew up in Chattanooga and graduated from Kirkman High School in 1953, where he was voted â€œsportiestâ€ in his senior year. He was a 20-year US Air Force veteran, retiring in 1974 as an MSgt. His field of military study was general ammunition and nuclear weapons. In addition to being stationed in Colorado, Massachusetts, South Carolina, and California in the United States, his military career took him to England and the Azores before settling in Cleveland upon retirement. His second 20-year career was with Duracell, retiring in 1997 after touring China as facilities manager for the construction of a Duracell plant.

In his “true” retirement years, he enjoyed playing golf and even created his own annual tournament for his family and friends played at the Goose Pond Colony Resort in Scottsboro, Al.

Above all, he enjoyed the time spent with his growing family. He is survived by his wife of 46 years, Sarah, and his four sons, James Edward (Patty), Richard (Pam), Steve (Candy) and Brian (Kelly.) He is also survived by Dee Holtsclaw (Cyndi) from New York City and nine grandchildren: Rachel Martin (Edward) of Nashville, Tyler Marcrom (Brandi), Myka Scoggins, Bethany Holtsclaw Souza (Robert), James Edward Bowen-Jeb Scoggins (Olivia), Madeline Garcia (Troy), Jenna Scoggins (fiance of Cory Billingsley) and Grant Scoggins all of Cleveland. Also, Erik Holtsclaw from New York and six (soon to be eight) great-grandchildren. He is also survived by his brothers Don Scoggins of Nashville and Bruce Scoggins of Murfreesboro; sisters Phyllis Dale and Glenda Black (Ricky) of Cleveland.

The family will hold a private funeral service at the Chattanooga National Cemetery. In lieu of flowers, please consider a donation to the Cleveland Salvation Army.

We invite you to send a message of condolence and to consult the guestbook of the Scoggins family at the address www.ralphbuckner.com.

Bubble life has been a ‘struggle’, says Pumas coach