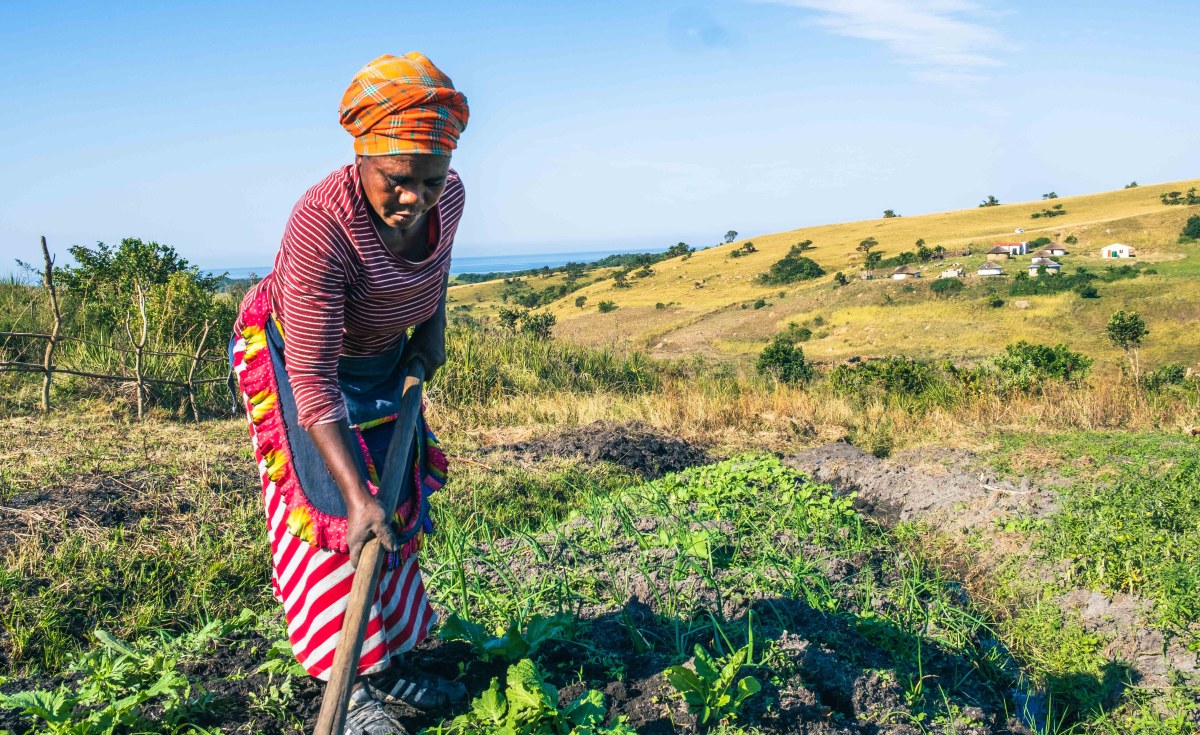 South Africa: Wild Coast – Is There a Future in Ecotourism?

The stunning Xolobeni waterfalls, rolling hills of clear golden grass, rivers with crystal clear waters and palm forests are home to fish, monkeys and snakes. The magnificent landscapes of the Côte Sauvage attract tourists from everywhere.

The coastal region is home to 200 endemic species, called Pondoland Center of Endemism. It is one of the 34 biodiversity hotspots in the world.

A plan by Transworld Energy and Resources, a subsidiary of Australian mining company Mineral Commodities Limited, to mine the sands along 22 km of the Xolobeni coast, in a marine protected area, is fiercely opposed by those who believe the the future of the area lies in eco-tourism.

SANRAL’s Wild Coast N2 toll road project, which will cross the coastal area, also faces resistance from some community members who belong to the Amadiba Crisis Committee (ACC). They claim that the road will pollute the area and disrupt their way of life.

Our three-part series on Xolobeni on the Côte Sauvage

Part 1: Battle to stop a 22 km long mine on the wild coast

Part two: the N2 toll road on the wild coast divides the community

Part Three: Wild Coast: Is There a Future in Ecotourism?

But not all the inhabitants of the region oppose the road. A few expressed their support, but refused to do so officially for fear of being intimidated.

And although the ACC opposes the road, some of their members have also told us that even if they oppose the mine, they will support the road as long as it is developed in a way that benefits community and respects customary law.

The prospect of better access routes to and from major centers is attractive to those who need employment opportunities and markets to sell their products. As part of the development of the toll road, SANRAL will build various community access roads to Amadiba.

SANRAL says the toll road will also benefit ecotourism, providing easier access to an area that is currently only accessible with a high-rise vehicle.

For those who live along the coast, a small but promising economy has developed.

Local tour guides are trained by local tourism initiatives, many of which are funded by international organizations, in the botany and history of the region. Visitors can stay in one of the rustic lodges, which employ local kitchen and maintenance staff, in a traditional rondavel. The matriarchs of these farms, called “magic mamas”, charge between 150 and 300 rand per night and feed the guests from their own gardens.

Environmental activist Sinegugu Zukulu is a key figure in Xolobeni’s ecotourism scene. Born and raised in Xolobeni, Zukulu holds an MA in Environmental Management from Stellenbosch University. He dedicated his life to the development of his community.

Zukulu has worked for several different organizations on a variety of projects, from training in ecotourism and biodiversity to education and training for farmers. He is passionate about opening up economic opportunities for the residents of Xolobeni through sustainable agriculture and ecotourism.

“Agriculture and ecotourism are the industries of choice,” Zukulu told a group of trekkers on the titanium-red sand dunes that would be mine-cleared, often referred to as “red deserts.” It gives them an overview of the archaeological significance of the region, explaining how the coastline has evolved over millions of years.

Human settlements have survived in this region for thousands of years despite flooding and climate change, he says.

Zukulu shows tourists some of the Stone Age tools scattered around the Red Desert. “It’s part of what the mine is going to destroy,” he says.

While Zukulu and ACC oppose the mine and the N2 toll road, they say they are not anti-development. They would welcome the development of ecotourism initiatives that benefit the community, opportunities to sell their products and improve their agriculture, and infrastructure that improves access for tourists and investors, such as roadways. ‘access.

ACC spokesperson Nonhle Mbuthuma says they are waging a “propaganda war” in which they are portrayed as anti-development. “We are not against development, we are against extractivism,” says Mbuthuma.

Mbuthuma and Zukulu are both affiliated with Sustaining the Wild Coast, a donor-funded organization that develops ecotourism and agriculture in the region. This organization has also played a central role in advocacy and education on the mining issue.

Zukulu says that because of these community projects, local and provincial governments are starting to take an interest in sustainable development. But he says more investment is needed for local industries to reach their full potential.

But tourism as an industry could also pose certain challenges, both to the natural environment and to the way of life. The rocks of Mtentu are popular with tourist fishermen. GroundUp saw several driving illegally on the dunes, which was banned by the Department of Environmental Affairs for causing erosion. Some employed local residents, who sat in the back of the bakkie while white fishermen visited Mtentu Lodge for a beer round.

There is also an increased interest in vacation homes. Private land ownership could threaten customary land use by communities. When the Wild Coast Sun Casino, for example, was built during apartheid in the then Transkei because casinos were illegal in South Africa, many properties were moved and the natural environment was transformed into golf field.

There are also concerns that the project to develop a five-star eco-resort in Mkambati Nature Reserve, across the river from Mtentu Lodge, will close access to the reserve, including the waterfalls, to those who are not staying at the new lodge.

Zukulu says large developments such as the mine and the road will increase the market value of customary land, attracting private investment that does not benefit local communities.

The land around the Wild Coast Sun costs 200 times more than the land in Mtentu, although it is still customary land administered by the same traditional rulers, Zukulu says.

Private land ownership could threaten the vast fields used by communities for grazing livestock, Zukulu says. He is therefore working with SANRAL on their biodiversity compensation program, which he hopes will help protect grazing areas as well as the region’s rich biodiversity.

SANRAL’s regional director for the Southern region, Mbulelo Peterson, said the biodiversity offset program will include a 20 km stretch along the eastern shore of the Mtentu Gorge. A community nature reserve is planned as part of the project. Other protected areas could include the Mnyameni Gorge and coastal areas.

Mbuthuma says the local community should be supported in developing sustainable agriculture and ecotourism projects to tackle unemployment and food insecurity. The national government, she says, must think long term, not short term.

This is the third and final in our series on Xolobeni, where members of a small community have been fighting for years against a road project and a mining project.