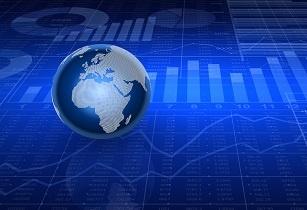 SSA economy on track for a steady recovery

After the regional slowdown of 2020, the International Monetary Fund (IMF) estimated that the economy of sub-Saharan Africa (SSA) grew by 3.7% in 2021, driven by the expansion of industry and services , but still experienced lower growth in gross fixed investment

A stronger recovery in world trade and soaring commodity prices have boosted growth in the mining and export-oriented sectors.

In 2021, only Angola, the Central African Republic; and the Republic of Congo; were in recession, i.e. negative GDP growth compared to 31 in 2020 (see table).

The vigorous rebound of developing economies in Asia (led by China) and the most advanced economies (OECD) has boosted Africa key exports, foreign direct investment (FDI) and remittances. FDI (which fell to US $ 30 billion) in 2020, is expected to grow modestly in 2021-2022, driven by higher demand for commodities, approval of priority infrastructure projects and finalization of African Continental Free Trade Area (AfCFTA) Sustainable investment protocol. Regional remittances are expected to increase 2.6% in 2021 after falling 13.4% in 2020 (IMF data).

The Covid-19 slowdown has highlighted the region’s debt vulnerabilities, with several countries reporting a sharp increase in public debt, linked to GDP (see figure). The increasing reliance on trade finance has increased the exposure of sub-Saharan African border markets to interest rate, exchange rate and rollover risks. By September 2021, sub-Saharan African countries had raised US $ 13.2 billion in Eurobonds (IMF data) – compared to US $ 5.9 billion raised throughout 2020 – but the costs remain higher than in previous years.

The 2021 upturn masks notable diversity between country groups. Growth projections for oil exporters are (2.2%) due to lower forecasts for Angola; countries not greedy in petroleum resources (4.7%), reflecting the high prices of metals; and low-resource countries (4.1%) mainly due to sluggish growth in Ethiopia. While for tourism dependent countries (Cabo Verde, Comoros, Gambia, Mauritius, SÃ£o TomÃ© and PrÃ­ncipe, Seychelles) – where travel / tourism accounts for 18% of GDP on average – growth is expected at 4.5% or more .

On the downside risk, vaccine deployment in SSA has been the slowest in the world, leaving the region vulnerable to repeated waves of Covid-19.

External positions are expected to improve in resource-rich countries, supported by rising commodity prices, although they will widen among resource-poor countries. Last August, the IMF Governing Council approved a general allocation of special drawing rights (SDRs) of US $ 650 billion to boost global liquidity. Of this amount, around $ 24 billion has been allocated to SSA countries (3.7% of the total) – the main beneficiaries are Angola, Congo, DRC, Ghana, Nigeria, South Africa. South, Zambia, Ivory Coast and Sudan.

Updates on the main countries of sub-Saharan Africa

â€¢Nigeria’s economy (Africa’s largest) will grow 2.6% in 2021, driven by recovery in non-oil sectors and rising oil prices, although crude production still remains below levels before Covid-19. The IMF expects growth of less than 3% over the medium term, allowing GDP per capita to stabilize at current levels, despite deep-rooted structural problems and high uncertainties.

â€¢South Africa is expected to grow 5% in 2021, reflecting a faster recovery in the first half of the year and strong base effects from 2020 on its national accounts. Economic activity weakened in the second half of the year due to the June four-week lockdown, as well as social unrest in some provinces, causing losses estimated at R50 billion. The pace of structural reforms in labor and product markets is expected to remain slow – real GDP growth slowing to 2.2% in 2022.

â€¢Angola remains in a prolonged recession, with high debt levels and rising inflation. The economy is expected to contract 0.7% in 2021 – the fifth consecutive year of recession – before returning to positive growth of 2.4% in 2022 fueled by rising oil prices. Its petroleum sector is affected by the decline in investment in completely new new projects and recurring technical problems. The non-oil sector will remain the main engine of economic growth, with trade and agriculture likely to return to higher levels than before the pandemic in 2022-2023.

â€¢Economic activity in Kenya is expected to rebound from -0.3% growth in 2020 to 5.6% this year. The World Bank expects real GDP to grow by an average of 4.8% in 2022-2023. This positive outlook reflects improvements in the construction, education, information and communication and real estate sectors.

â€¢Ghana is expected to register growth of 4.7% and 6.2% respectively in 2021 and 2022, supported by higher demand for its exports, mainly in the agricultural and industrial sectors. The economy has shown itself to be quite resilient despite the emergence of the Delta variant thanks to tax support to businesses. Ghana has received the equivalent of US $ 1 billion from the IMF, part of which has been allocated to the Covid-19 Economic Recovery and Recovery Program (CARES).

â€¢CÃ´te d’Ivoire – the largest member of the West African Economic and Monetary Union (UEMOA) – is expected to grow 6% and 6.5% in 2021 and 2022, respectively. The forecast reflects an increase in investment (public and private), partly reflecting political normalization after peaceful and inclusive legislative elections, and ongoing efforts in national reconciliation.

â€¢Ethiopia’s decade of expansion averaging 9.3% / year (2011-20) has plunged to just 2% this year. The conflict in Tigray and the slow pace of vaccination cast uncertainty on the growth outlook for 2022. The country has, however, undertaken pro-business reforms, mainly liberalizing the telecommunications sector, which is expected to attract more FDI depending on political stability.

Finally something colder for the UK next week

The Class40s of the Transat Jacques Vabre Day 12