Since becoming President / CEO in 2016, Francis has led the company through several expansions and acquisitions. He diversified the industrial gases business to include CO2 distribution to bars and restaurants, custom automation and robotics, and dry ice. And he doubled the number of employees.

Francis has always planned to take over the family business. He hadn’t expected it to happen so soon.

Central McGowan has a long history in St. Cloud. Originally started in 1947 by Carl Shutan, Leo Henkemeyer bought it in 1954.

Henkemeyer ran the company for many years before handing over the management to a management team. Henkemeyer’s daughters had no interest in running the business, but all family members agreed that Joe Francis, Henkemeyer’s grandson, would one day be in charge.

At the age of 16, Francis was doing various odd jobs at Central McGowan.

To begin the transition to family leadership, Francis’s parents, Cindy and Jeff, held leadership positions at Central McGowan, but in 2011, Jeff Francis passed away suddenly.

Cindy Francis and Joe, only a junior in college, briefly discussed selling the business, but both agreed it was an option they didn’t want to consider.

Cindy Francis stepped in as CEO of the company and Joe Francis began to accelerate the family succession plan.

The co-owner of Jules’ Bistro, Donella Westphal, is the mark of excellence of 2021 Business Central-Woman in Business Champion.

“It’s an incredibly humbling honor. There is an incredibly strong network of women entrepreneurs in St. Cloud, and I am very grateful to be a part of it. To keep these talented women company and to be honored among them. I don’t know if there are any words. 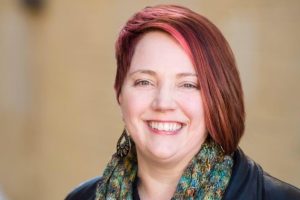 Westphal told KNSI News that the award says more about the people she works with than it does.

“For my team, it’s really recognition of everything they’ve accomplished. Because they actually do most of the work. Jules would not be successful without the talent, hard work and passion they bring to the bistro every day.

Prior to running Jule’s, Westphal ran a successful advertising agency at home and regularly met clients at Jules’ Bistro in downtown St. Cloud.

When the bistro owner decided to sell the restaurant, she turned to Westphal for help. By the time she arrived home, Westphal had said to her husband: “I want to buy Jules’ Bistro.

Even though she had no restaurant experience, Westphal was able to convince her husband and the bank that the decision was the right one.

After knocking down all of its staff in the first three months, Westphal wasn’t so sure. She reduced her agency job, learned all the restaurant jobs, and did a lot of cooking, serving, coaching and mentoring.

It didn’t take long for him to buy the space next door to expand the dining room.

After only three years as an owner, Westphal received funding to empty and renovate the existing kitchen and add a baking kitchen to the building’s basement.

The timing was not on his side. About halfway through construction, COVID-19 hit and the restaurant was closed.

Westphal spoke with her banker, who agreed to continue funding the construction, and she went ahead, taking advantage of the closure to complete the project.

A key goal for Westphal is to create an environment where employees can build fulfilling lives and help people learn to be part of a shared community.

Westphal’s unexpected career change, business growth and expansion, successful pandemic survival, and support from businesswomen and the community earned her the title.

Recently Jules reopened for breakfast and is now open 8 a.m. to 8 p.m. Tuesday through Saturday.

The award is given to a business that has successfully grown from a small business to a large corporation.

When Sexton and Posch learned that Pierz’s Chrysler dealership was for sale, they wanted to buy it. Although they both worked in dealerships, they had no ownership experience.

Still, Brandl Motors at Pierz was underperforming to such an extent that both men felt they couldn’t help but do better. Convincing a banker – and Chrysler – that they could do the job took a little more effort.

Sexton and Posch saw it as a challenge.

After six months of harassment, Chrysler finally accepted the deal. That was in 1999. They had 12 cars on the lot and five employees.

In 2003, they expanded to St. Cloud with used cars and mobility service. Their mobility program provides financing to small dealerships that sell mobility vehicles. Such vehicles are often difficult to finance, and Sexton and Posch saw it as a national opportunity. They were right. Today, they make 70 to 100 contacts per month on mobility vehicles.

In 2008, they built and expanded their current building, just in time for the Great Recession. They got through those years without downsizing or laying off employees.

In 2018, they received an email asking them if they wanted to ‘buy my business’. “Who are you?” they asked. It turned out to be a dealer in Aitken.

The owner was required to modernize his facility and had not done so. Sexton and Posch made a deal. The dealership was in worse shape than they thought it would be, and for the first two years it was a struggle but has since turned around.

This steady growth and successful response to adversity has earned them the 2021 St. Cloud Region Entrepreneurial Achievement Award.

Joe Francis, Donella Westphal, Joe Sexton and Gary Posch will be honored at the annual Central Minnesota Business Awards Luncheon on June 3 at the Park Event Center in Waite Park.

Copyright 2021 Leighton Enterprises, Inc. All rights reserved. This material may not be broadcast, published, redistributed or rewritten in any way without consent.