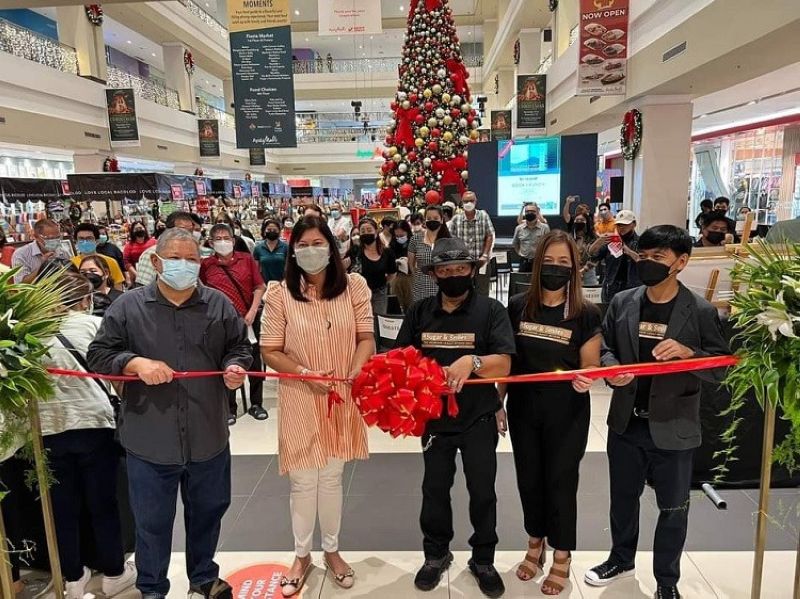 A PIONEERING coffee table book titled Sugar & Smiles: The Negrense Legacy Beyond 2020 was unveiled at the Ayala Malls Capitol Central main activity center in Bacolod City, which coincided with the 158th anniversary of the birth of national hero Andres. Bonifacio, the father of the Philippine Revolution of 1896 on November 30.

This 320-page collector’s item was released by a group of Negrenses made up of co-editors Gen Tomas and Joey Montalvo, Project Director Benjie Torre, Marketing Director Tere Manalili, and Editor-in-Chief Albert Gamboa.

Part of the proceeds from the project was donated to the Kalipay Negrense Foundation, which was founded in 2007 by Anna Claparols Balcells primarily to save the abused and abandoned children of Negros.

Responding on behalf of the beneficiary, Balcells expressed his “hope that through this book we will remember that the key to our future lies in the children who, as future citizens of Negrense, will forge their path in ensuring that our heritage lives on. “

Manalili recounted how the private initiative book project began by recognizing the local government units and private companies that supported the editorial board, whose main motivation for making this noble project possible is the passion for their crafts.

Torre compared the book to â€œa symphony of stories that echo the names of people who have marked our historyâ€.

He believes the Negrens are hopeful and will always overcome obstacles ranging from past tragedies to the current pandemic.

Gamboa traced the origins of the book project, which lasted more than two years due to quarantine measures.

He said: “The book celebrates the lives of the heroes of the Negro Republic until our frontliners’ current struggle with coronavirus disease (Covid-19).”

Tomas said that â€œwriting this book in a time of pandemic is an exceptional statement on the resilience and cooperation of Negrensesâ€.

He commented that the people of Negros Occidental finally have a book they can call their own and can be proud of.

Along with the book launch was the opening of the Sugar & Smiles art exhibition, featuring watercolors by illustrator Edbon Sevillano that served as the book’s chapter dividers.

Details of the book are available at www. sugar and smiles. ph./Tere Manalili [email protected]