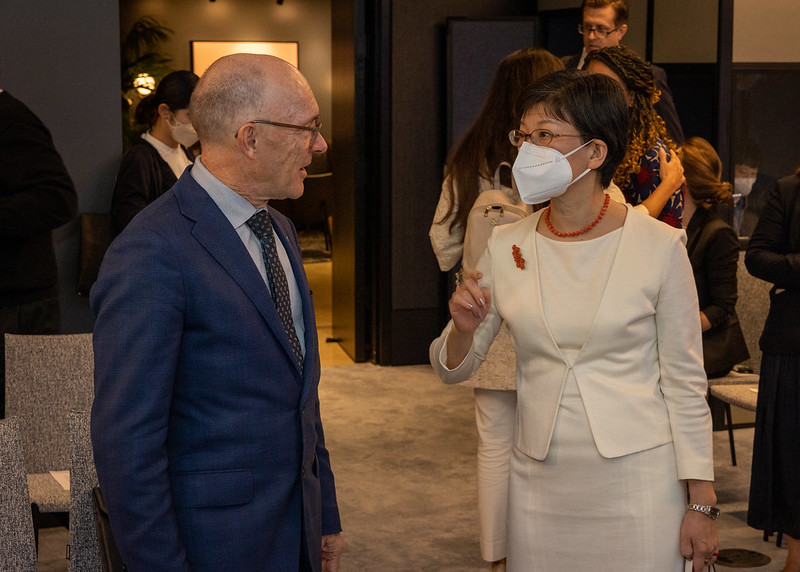 The Comprehensive Nuclear Test Ban Treaty: a success story ready to be finalized

Senior officials from the most recent countries to sign the CTBT join the Executive Secretary of the CTBTO and the United Nations High Representative for Disarmament Affairs in this joint call to action. This editorial is published in conjunction with our sister network, the Asia-Pacific Leadership Network

As news headlines herald a return to a darker nuclear age, fearing that different states will develop, test or even use nuclear weapons, 176 countries have chosen to take a bold stance.

The 25th anniversary year of the Comprehensive Nuclear Test Ban Treaty (CTBT), which was opened for signature on September 24, 1996, has given new impetus to the achievement of a world free of nuclear tests by anyone , anywhere and forever.

In the past year alone, Dominica, Equatorial Guinea, Gambia, São Tomé and Príncipe, Timor-Leste and Tuvalu have mobilized to ratify the Treaty, recognizing that the international community’s best protection against nuclear threats is to strengthen and reinforce the nuclear disarmament and non-proliferation regime, of which the CTBT is a central element.

Although it has not yet entered into force, the CTBT is already delivering on its promise of a safer world. Already ratified by 176 States and signed by 186, it constitutes a strong measure of confidence and collective security and a powerful brake on nuclear proliferation, preventing the development of more lethal nuclear weapons and curbing a dangerous spiral of global nuclear competition.

A landmark achievement, the CTBT brought a company closer to an era of rampant nuclear testing that fueled the Cold War nuclear arms race. More than 2,000 nuclear tests were carried out in the five decades from the first nuclear explosion over the desert sands of New Mexico in 1945 until the birth of CTBT in 1996.

Since then, the CTBT has created and maintained a norm against nuclear testing so powerful that less than a dozen nuclear tests have been carried out after its adoption; a norm violated by only one country since the beginning of this century.

And it has the means to back it up: a global surveillance system that allows no nuclear explosion to go unnoticed. Compliance with CTBT will be demonstrated through the International Monitoring System (IMS), a network of state-of-the-art monitoring facilities strategically located around the world. Today, more than 93% complete, it has already demonstrated its effectiveness by quickly and accurately detecting the six nuclear tests carried out during this millennium.

IMS data can also benefit humanity in a plethora of broader ways, from helping with tsunami early warnings or studying climate change to building international response capacity in the event of a disaster. nuclear emergency.

But standards and good intentions are not enough. The CTBT must enter into force.

As we move forward, it is crucial that we continue to focus on practical steps to strengthen the Treaty and urge states that have not yet done so to sign and ratify the CTBT.

The world came together in 1996 and promised a verifiable end to nuclear testing. We have the means and the technology to turn this promise into reality.

The CTBT is a success story, and it is welcome news at a time when the world is grappling with multiple crises that undermine the norms and institutions that were built to advance global peace and security.

We reaffirm our commitment to work with all states and partners to ensure that nuclear testing is a topic discussed in history, rather than at the breakfast table.

The opinions expressed above represent the views of the signatories and do not necessarily reflect the position of the European Leadership Network or its members as a whole. The ELN aims to encourage debates that will help develop Europe’s ability to meet the pressing foreign, defense and security policy challenges of our time.

The best places for winter sun, according to Telegraph readers