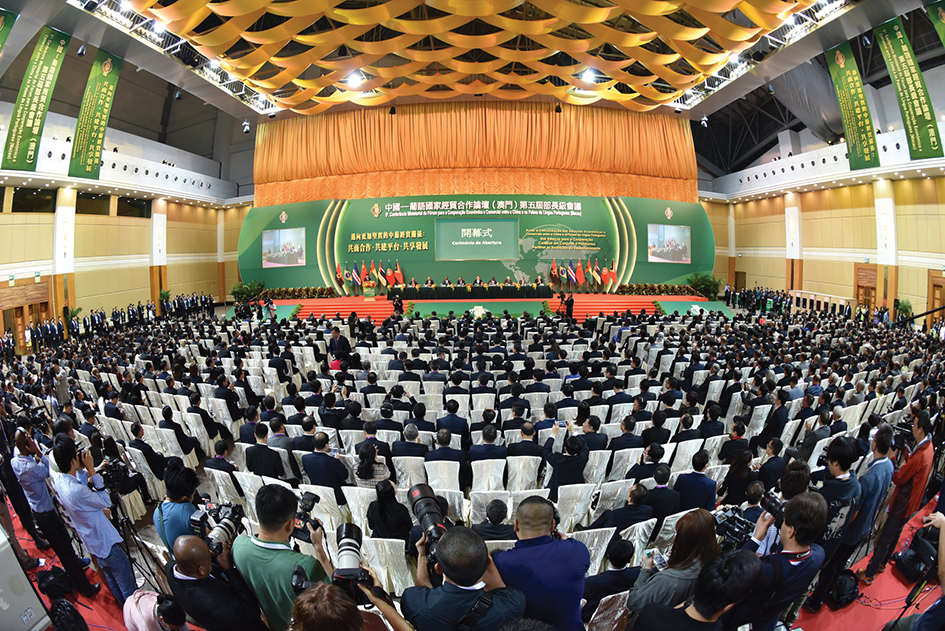 Six years after the last Ministerial Conference, the Forum for Economic and Trade Cooperation between China and Portuguese-Speaking Countries (Forum Macao) will hold an extraordinary ministerial meeting on April 10 via video conference, the Forum’s Permanent Secretariat announced.

The Forum’s Ministerial Conference, which is supposed to be held in Macau every three years, was originally scheduled to be held in 2019, but was first postponed to 2020 so as not to overlap with the Chief Executive elections, then postponed again due to the Covid-19 pandemic.

Under the theme “A world without a pandemic, a common development”, the meeting is expected to include speeches by government officials from member countries of the Macau Forum which will be broadcast via video conference.

Eight Portuguese-speaking countries will participate in the online Ministerial Conference of the Macao Forum 2022, the Permanent Secretariat announced, with the participation of ministers from Angola, Brazil, Cape Verde, Guinea-Bissau, Mozambique, Portugal, São Tomé and Príncipe and East Timor.

During the meeting, ministers responsible for Macau Forum affairs of member countries will deliver their speeches on strengthening exchanges in pandemic prevention between China and Portuguese-speaking countries, jointly promoting economic recovery in the post -pandemic, the Permanent Secretariat of the Forum added. A joint declaration should be adopted at the end of the meeting.

Although taking place online, an official ceremony will still take place at the Forum Macao complex near Nam Vam Lake.

Commerce Ministry spokesperson Shu Jueting today announced at a regular press conference that the theme of this year’s ministerial conferences will be “Jointly Fighting Against the Pandemic and Seeking Common Development.”

A joint statement and some other documents will be released and signed after the meeting, along with a groundbreaking ceremony for a China-Portugal Epidemic Prevention Exchange Center, the spokesperson said.

Five Macau Forum ministerial conferences were held in the territory in October 2003, September 2006, November 2010, November 2013 and October 2016, during which action plans for economic and trade cooperation were approved.

The forum is a multilateral and intergovernmental cooperation mechanism aimed at promoting economic and trade exchanges between China and Portuguese-speaking countries, using Macau as a connecting platform between these places.

Truckers look to find their rhythm in Ballybofey