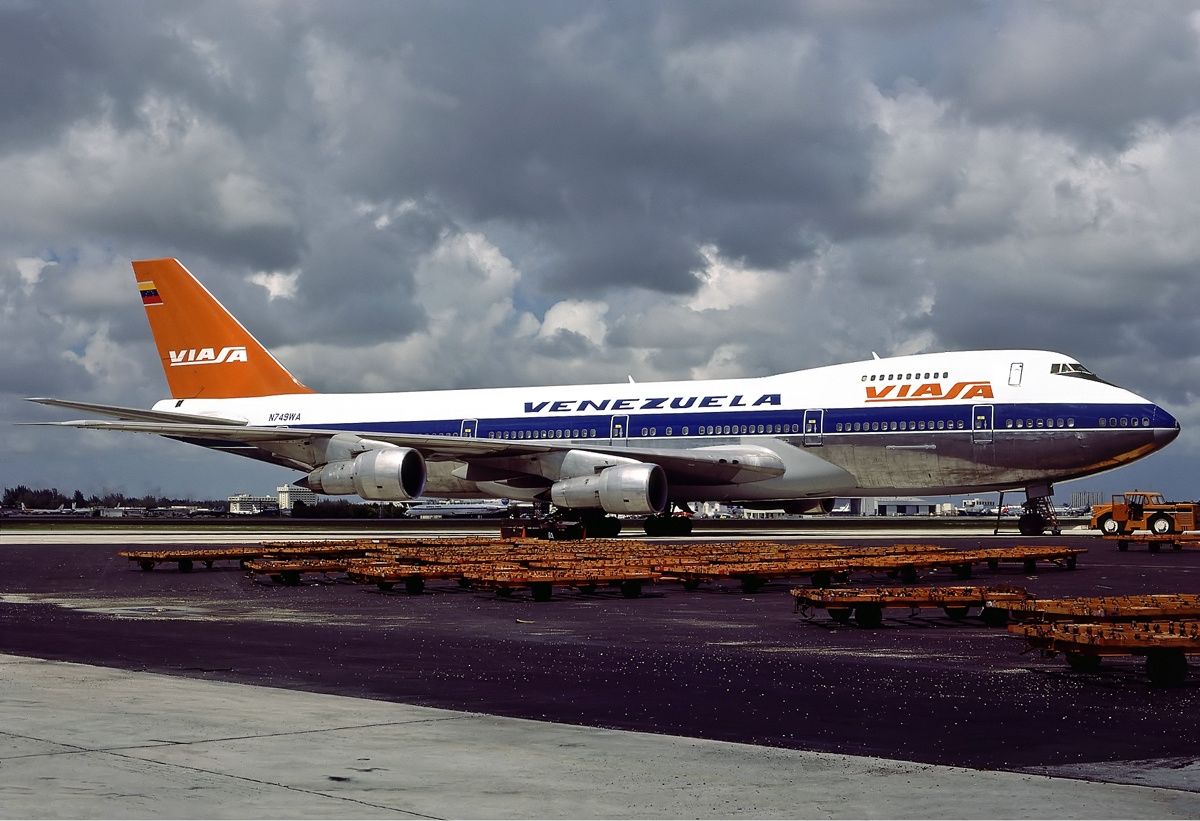 The story of the former Venezuelan flag carrier VIASA

This weekend marks the anniversary of the first flight of the Venezolana Internacional de Aviación Sociedad Anónima (VIASA). The operator was Venezuela’s national carrier until it ceased operations in January 1997.

Venezuelan authorities aimed to launch an airline that did not need state intervention. The carrier was founded on November 21, 1960, and the capital was shared between the government, LAV, Avensa and Pan American. Notably, the private sector made up the entire board.

The maiden flight on April 2, 1961 was in partnership with KLM, seeing the Dutch company fly a DC-8 on behalf of the new South American team. The plane left Caracas and stopped in the Azores, Lisbon, Madrid and Rome on the way to Amsterdam. On the way back, the Douglas plane headed for Curaçao, Bogotá and Lima after landing in the Venezuelan capital.

With ongoing operations, Simón Bolívar International Airport had the opportunity to become a major gateway to South America, much like Colombia’s El Dorado today.

Viasa added Iberia to its list of European partners, helping operations expand throughout the 1960s. By the spring of 1966, the airline was flying one DC-8-50 and three Convair 880s. soon the bosom with the DC-9-10. Rapid growth even prompted him to start a Panamanian carrier in the form of PAISA.

There was a fatal crash on March 16, 1969. A Douglas DC-9 operating Viasa Flight 74 crashed during takeoff from Maracaibo-Grano de Oro Airport, killing all 84 occupants and 71 people on the ground.

Despite the tragedy, every year from its inception until 1976, the airline made a profit. However, rising fuel prices and union problems prompted the government to nationalize the company.

Viasa was proud to represent her country. Unlike the difficulties the Venezuelan economy faces today, the country’s industry was booming, which the airline was keen to make the most of.

“As the flagship of Venezuela, Viasa is our country’s ambassador in 28 cities on 3 continents. Dynamic like Venezuela’s booming economy, as warm as its people; Viasa is Venezuela.From our reservation agents to our baggage handlers; from our gourmet chefs to our ground stewardesses, from our efficient ground crews to our superb flight crews, Viasa trains everyone to bring you the best service on the ground and in the air. What we don’t need to teach is what comes naturally to everyone at Viasa – warm Venezuelan hospitality. It’s because so much skill and planning goes into your flight on the ground, that we’re so good in the air.

Stay informed: Sign up for our daily and weekly summaries of aviation news.

The 1980s saw the DC-10 and even the Airbus A300 join the fold. Domestic service also began at the end of the decade. The company was ready to be privatized and Iberia made a $145.5 million bid to take over 60% of the airline in the summer of 1991.

The new structure did not last long. All of the airline’s aircraft were placed under Iberia ownership and Iberia’s former Boeing 727s were put on Viasa routes against American Airlines’ Boeing 757s and Airbus A330s as well as Boeing 757s from United Airlines. In addition, all supplies had to be purchased centrally through Madrid.

In the end, Viasa struggled to find cash and the carrier ceased flying on January 23, 1997. Before that date, crew members rejected a restructuring plan with Iberia and a state-owned holding company 40% of the shares, both refusing to inject additional funds. The decision was then taken to liquidate the airline.

Viasa had a lot of memorable moments during this run. It was the first Latin American carrier to fly the Boeing 747, which joined on lease in 1972. Other favorites such as the Lockheed Super Constellation and MD-80 have also been part of the fleet over the years, helping the airline operate to tastes. Argentina, Brazil, Mexico, Canada, United States, France, Germany, Italy, Netherlands, Portugal, Spain and United Kingdom .

What do you think of Viasa and its history? Do you have any memories of the transporter? Let us know what you think of the airline and its operations in the comments section.

Deputy Editor – Sumit comes to Simple Flying with over eight years of experience as a professional journalist. Having written for The Independent, Evening Standard and others, her role here allows her to explore her enthusiasm for aviation and travel. Having built strong relationships with Qatar Airways, United Airlines, Aeroflot, etc., Sumit excels in both aviation history and market analysis. Based in London, UK.