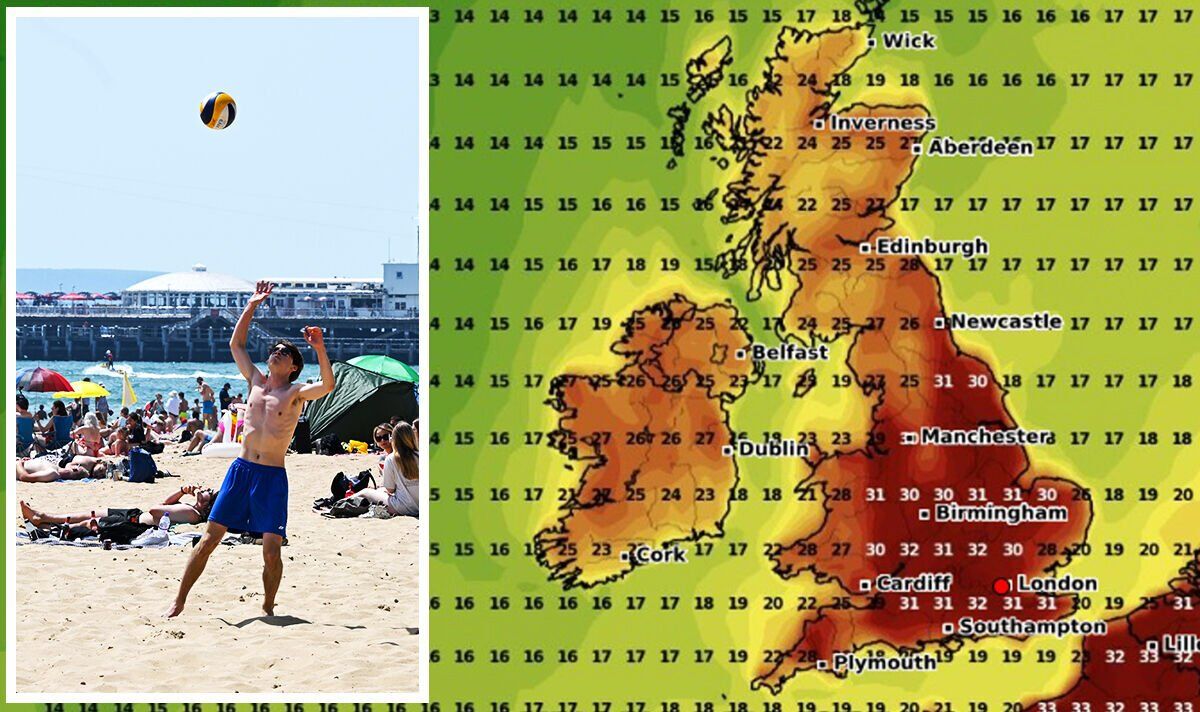 By Friday July 15, the south will experience highs of 37C.

The Midlands will get as hot as 34C, while the North will reach up to 27C.

Scotland will be a little cooler, at 21C.

The hot weather will be caused by high pressure from the Azores, which will start to affect the UK from next week.

Met Office weather forecaster Aidan McGivern said: “If you prefer drier, sunnier and warmer weather, I think you will appreciate this 10-day trend as there are strong signals for the weather to warm up. stabilizes and slowly warms up next week.

“Here’s the chart for Monday next week and already the high near the Azores is starting to influence our weather, it’s starting to rise from the west but it’s going to take its time, the high is still close.

“Eventually this height will allow the low pressure to follow more of a northerly path, leaving the UK behind, pushing the jet stream away from our shores.”

“It’s likely to be a relatively slow burn as the high starts heading towards the British Isles from Sunday.

Speaking to The Sun, the Weather Outlook forecaster said: ‘At the moment, long-range computer models suggest an increased likelihood of very warm conditions over the last third of July.