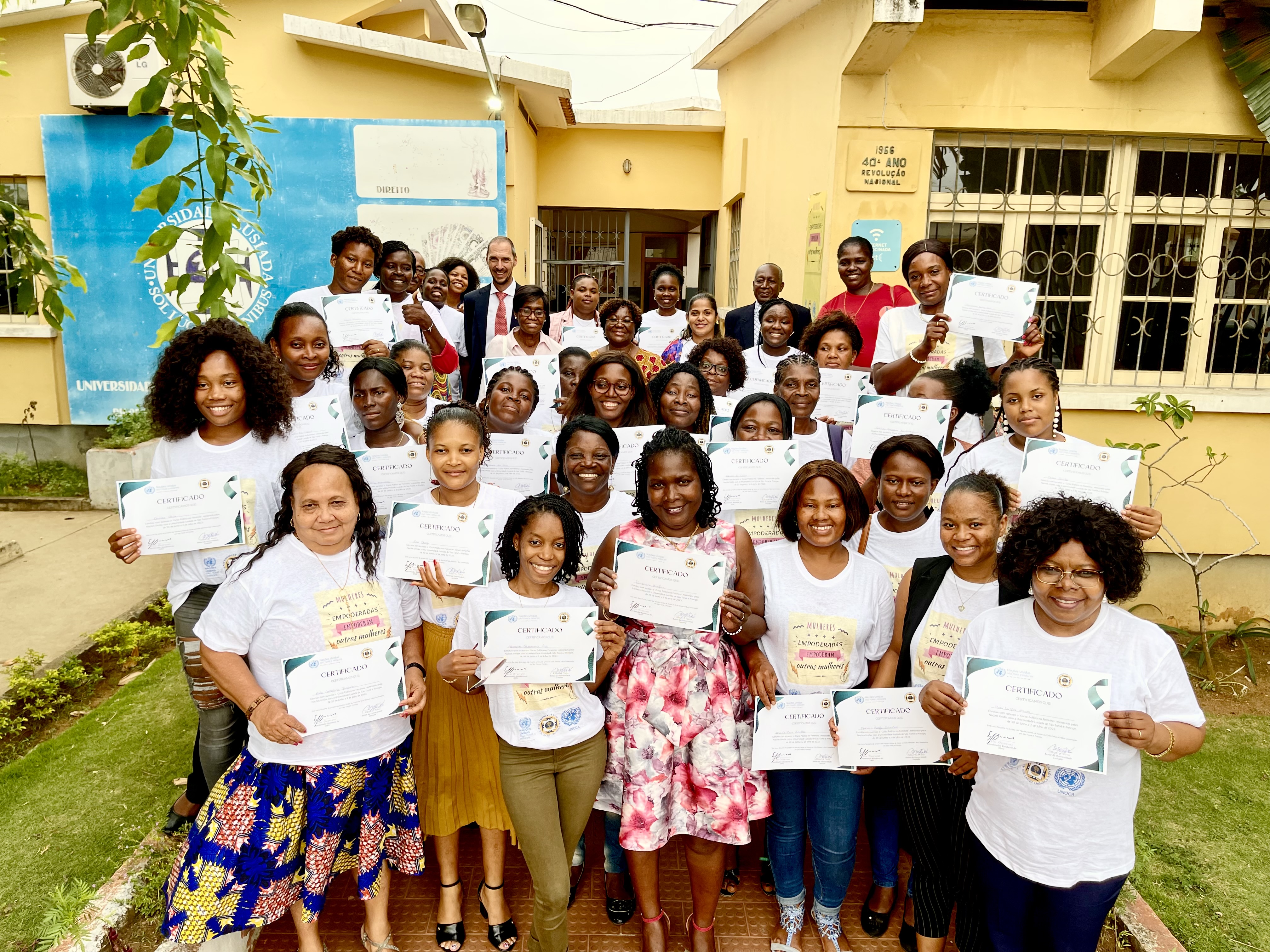 ‘More women for more development‘ is one of the inspirational mottos used by women’s organizations in São Tomé and Príncipe in their battle for more space in the country’s politics.

The dream of many women came true on July 28 when the National Assembly of São Tomé and Príncipe approved a long-debated law on political parity that provides for a minimum of 40% of seats in elected bodies reserved for women, as well as than in ministerial posts. reserved for women. Currently, women hold 12% of seats in the National Assembly and 20% in Cabinet positions, but thanks to a strong advocacy campaign led by women parliamentarians, civil society, women lawyers and former women politicians , that will soon change. A cross-party alliance to advance equal rights for women has been successful and sees the country join a few other countries in Africa that are at the forefront of women’s equality.

The UN has been instrumental in empowering women’s groups and building a coalition of agents of change, including government, parliamentarians, political parties, civil society leaders and the media . The advocacy succeeded in putting into practice the country’s strong adherence to the values ​​of gender equality and equity.

As Resident Coordinator, I brought the expertise of our colleagues from UN Women based in Senegal, in addition to the United Nations Development Program and the UN Department of Political Affairs. I believe I have linked the expertise of the UN at the global, regional and national levels with the highest political level of the country for this great step towards gender equality.

It was inspiring to meet the women leaders of the country to encourage them and reiterate our support. Recently in a meeting with them I said ‘faremos o caminho caminhando‘ which translates to ‘we will walk the path.’ Indeed, the approval of the parity law is an important step on the way to achieving gender equality.

2022 promises to be the year of change for the women of São Tomé and Príncipe. During a recent course on women in politics – organized by the UN with the support of UNOCA and in partnership with a local university – one of the 30 women participants, a grassroots member of one of the political parties, said :

Now we can’t go back. Within my party, I will say loud and clear that I am a candidate, because I have lost my greatest fear… the glass ceiling, as I learned here.

With the help of the United Nations, the manual on “the political participation of women” was launched on July 8 and a first copy was offered to the President of the National Assembly and to all leaders of political parties. The manual was written by former Prime Minister Maria das Neves and former Justice Minister Ilza Amado Vaz, with personal insights and anecdotes. I enjoyed the lively discussion in the forum organized before the vote in Parliament, and I agree with the authors who said that “women’s political representation is not only a question of demographic justice; it is a necessity for the development of the country.”

The women’s campaign had already started in December last year, with a joint statement which was the starting point for the advocacy campaign, with all sovereign bodies, media and political parties, articles, talks -media shows and a series of visible events and trainings to build women’s capacities and give impetus to the law on parity.

The website mulheresstp.com shows that women are ready and motivated to have a say in the country’s political arena, contradicting the oft-heard criticism that there are not enough suitable women to get involved in politics.

How to watch on ICC.tv