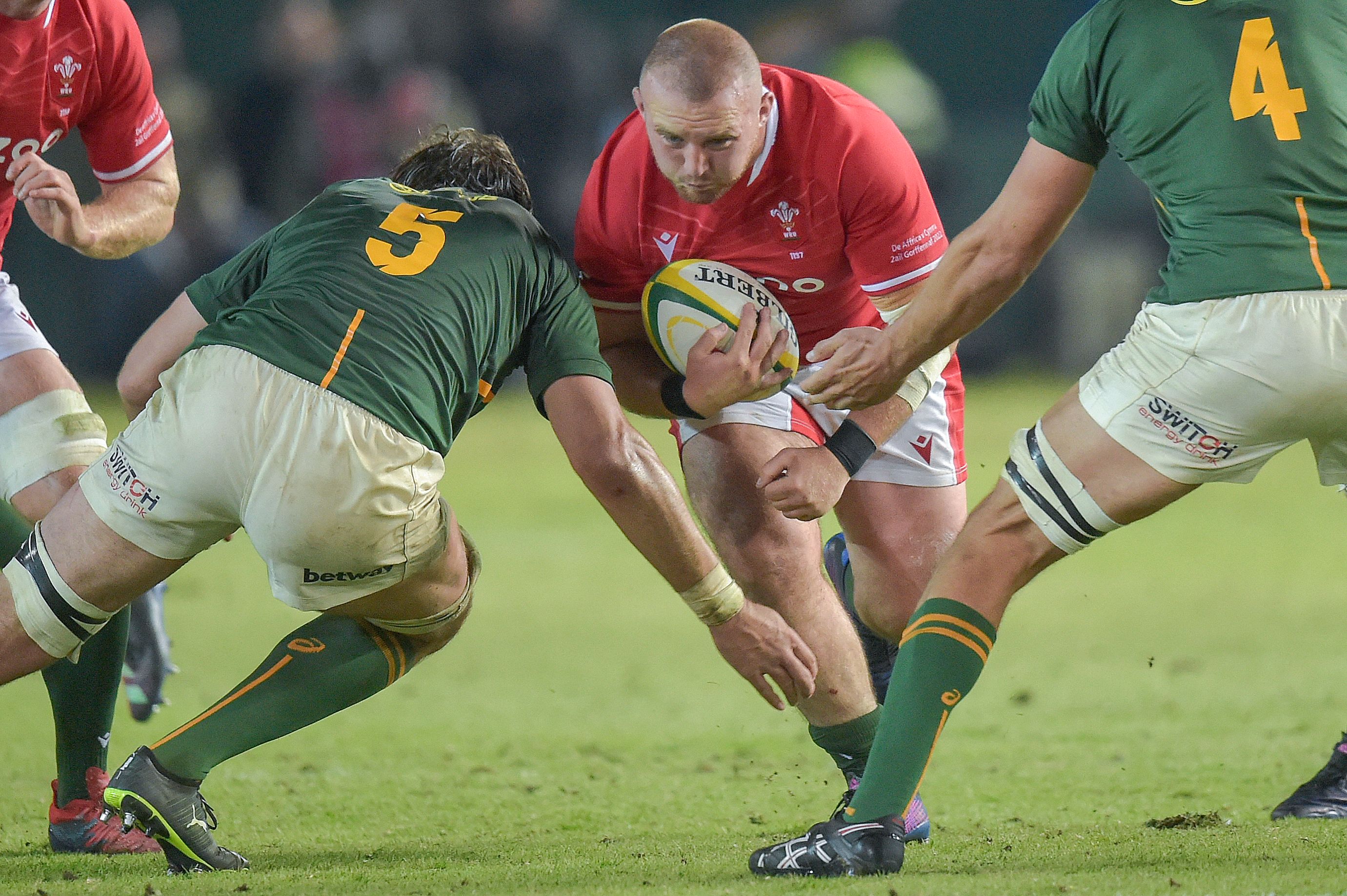 Tighthead stalwart Dillon Lewis says Wales relish an even tougher battle against the Springboks at Bloemfontein on Saturday.

Wales led 18-3 at half-time at Loftus Versfeld last week in the first of three Tests, but the 2019 World Cup winners staged an emotional comeback to win 32-29 thanks to a penalty kick from Damian Willemse.

The visitors, who had been hoping to end a 10-game losing streak in the Republic since their first SA tour in 1964, refused to be intimidated by the Boks in a fiery clash at Loftus Versfeld, even though their approach had brought them to be wrong. side of referee Nika Amashukeli.

Lewis told reporters on Monday that despite Wales kicking off the tour with a loss, they will not back down from the physical challenge posed by the Boks, or rein in their similarly aggressive approach.

“The Springboks were probably tougher, especially up front,” he said. “It’s more than just running, you know exactly where they’re coming from. There is the set piece side.

“I’d like to think we’ve taken a bit to South Africa. We expected him to go there [to the gutter] and you always do when you play against them. It was physical, it was tough and we went to some dark places at times, especially around the 70th minute when I get my ass blasted but it’s always like that against them.

“I expect it to get a lot tougher in the next couple of tests as well. It’s been a while since the two teams played together so it’s only going to get better, more physical, faster I expect it to be darker on Saturday.

In the loss to the Boks at Lotfus, Lewis was forced back onto the pitch after Wales lost substitute prop Tomas Francis to a concussion – he has since been sent home and sent off rest of the series.

Lewis added: “I haven’t had a lot of time to think about it, to be honest. It was not pleasant to see Franny as he was. It was pretty naughty, so I hoped he was okay.

“I remember Nugget [team manager Martyn Williams] telling me to get over it. You don’t really prepare for these situations, they just happen.

“It was definitely a test of the lungs and the legs. They’re big guys too, so it’s not just the running you have to worry about, it’s also trying to keep them from running over you. It was a tough but enjoyable test, probably one of my most enjoyable test matches for Wales.

MORE: PSDT ready to fire against the dragons