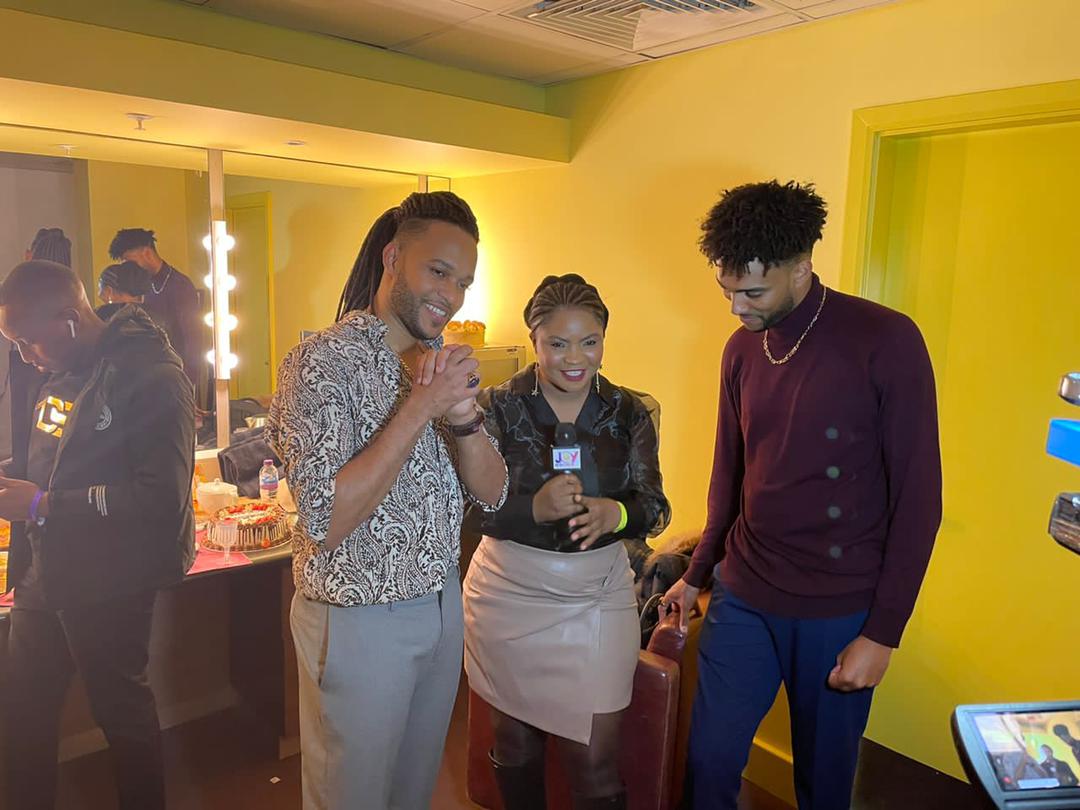 We had great chemistry – the Sao Tome Calema band on Stonebwoy

A popular sensation from electronic band Kizomba, Calema described his collaboration with Ghanaian reggae and dancehall musician Stonebwoy as one of a kind.

H says they developed excellent chemistry which made working with the boss of Bhimnation very easy.

In an exclusive interview with JoyNews’ Becky at the duo’s debut concert in London, the band of brothers Antonio and Fradique said they appreciate the level of creativity Stonebwoy displays.

â€œIt was really interesting, we were introduced to Stonebwoy by a colleague and that’s it. We called Stonebwoy and he listened to the music, we kept in touch with him. It was really good chemistry and we started doing the Te Amo version of our music. it was immediately a day in the studio.

The group added: â€œWe met him in Lisbon and you can’t believe how kind Stonebwoy is. We hope to come to Ghana to see you all soon.

Calema is a music duo from SÃ£o TomÃ© and PrÃ­ncipe of Portuguese origin composed of two brothers AntÃ³nio Mendes Ferreira and Fradique Mendes Ferreira. The name of the duo refers to the particular undulation of the African coast.

In February 2019, the group was announced as composer and performer of the song “A Dois”, which participated in the Festival da CanÃ§Ã£o 2019.

In 2021, Calema also featured in a song by Moroccan superstar Saad Lamjarred in “Enty Hayati” (in Arabic Ø¥Ù†ØªÙŠ Ø­ÙŠØ§ØªÙŠ meaning you are my life). The song is trilingual in Arabic, Portuguese and English with an accompanying music video. They have over 20 songs and 2 albums to their credit.

Nigeria vs Cape Verde: how and where to watch – times, TV, online