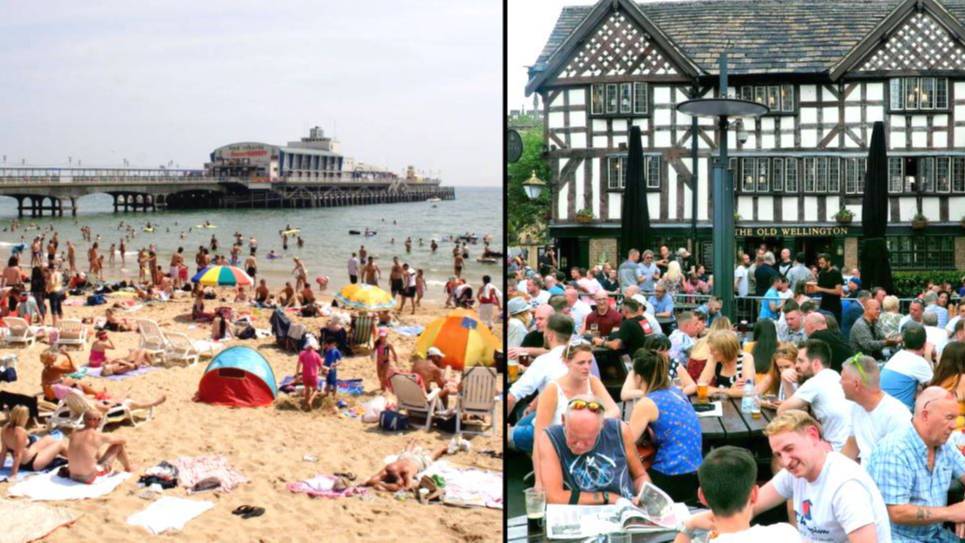 Eight years ago, a meteorologist issued a stark warning for the future, predicting that by 2050 temperatures could reach new highs in many parts of France due to the climate crisis.

These predictions are mostly used for demonstration purposes only, encouraging others to take action so that the dire situation does not occur.

However, in this case, it seems that not only did the prediction come true, but that it happened almost 30 years earlier than expected.

In 2014, French weather presenter Évelyne Dhéliat predicted that in August 2050 parts of France would reach temperatures of up to 43°C.

Worryingly, the prediction could well come true here in June 2022, when France is currently going through a heat wave and has just recorded its first reading of 40 ° C in history, the Independent reports.

Cities like Nantes and Tours, in western France, could see the mercury reach 43°C this Saturday June 18. While in Paris, the country’s capital, Saturday could be the hottest June day yet as temperatures are forecast to reach around 38-39C, beating the previous June record, set in 1947.

According to the country’s national meteorologist, Météo France, the current heat wave and hot air surge in Western Europe is caused by an Atlantic low pressure system between the islands of the Azores and Madeira.

The last major heat wave in France was in July 2019, when Paris saw the mercury reach a record high of 42.6°C. During two heat waves during the summer months that year, more than a thousand people died, according to the country’s health ministry.

Elsewhere in Europe, Spain is experiencing high temperatures of around 43C in Seville and Cordoba, while Madrid and Barcelona are warned that temperatures will also reach 40C.

Here in the UK, today, June 17, was the hottest day of the year so far, with temperatures hitting 32C in London. As a result, a level three heat wave alert is in place for the South East of England.

Met Office spokesman Stephen Dixon said The Guardian temperatures in the low 30s at this time of year are “not unprecedented, but it is unusual to see such high temperatures so early in the year.” Today’s temperatures are the highest the UK has seen since the summer of 2020; as a result, advice has been issued on how to stay cool in hot weather.

Dixon added, however, “there is a shift afoot, with a cold front moving in from the north bringing a more unsettled feeling for many on Saturday.”